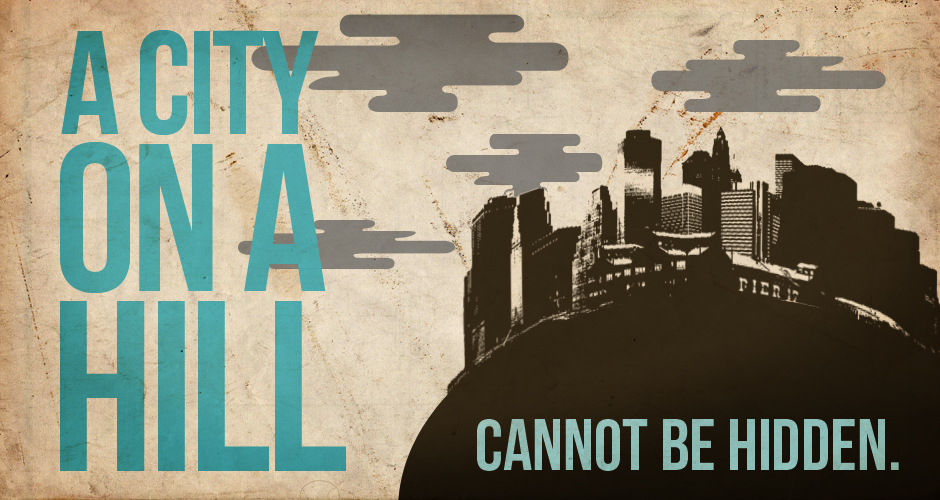 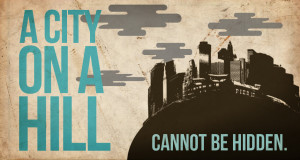 Matthew 5:14-16
14 “You are the light of the world. A city set on a hill cannot be hidden; 15 nor does anyone light a lamp and put it under a basket, but on the lampstand, and it gives light to all who are in the house. 16 “Let your light shine before men in such a way that they may see your good works, and glorify your Father who is in heaven.

Usually, the salt passage is coupled with the light passage because they both are making the same point, just with different metaphors. While salt is meant to flavor the world, light is meant to brighten it. What Jesus is trying to tell them is that their light is what pierces the darkness within man and makes the world a better place. The difference between salt and light is that the salt is to be scattered for flavor and preservation. Light has a different function. We see Jesus tell us that we are not only the light of the world, but a city on a hill. The world is watching.

In the “missionary world” the word “testimony” is used a lot. It refers to what people know of and think about us as missionaries. First, let’s stop and realize that all believers are missionaries, not just folks who move to a developing country. Every one of us who have acknowledged Jesus Christ as our Lord and are working to follow Him by the power of the Holy Spirit is called into missions. We are called to give an account of Jesus wherever we are and whenever we are. As I step off my little soapbox, I want us to think about that. Think about if someone who knows you or interacts with you on a daily basis would be able to give an account of your closeness to God. Are you worth following like Jesus is? Are you properly representing our Heavenly Father? Would your church leaders be proud to consider you a part of their congregation? Do you hide your Christendom behind old habits and societal norms? Are you salt and light to whomever you come in contact with?

Jesus calls us to recognize who we are as sons and daughters of God and use the light He has given us to be a beacon of hope for others. By saying we are Christian and identifying with the body of believers, we are immediately put into the spotlight, whether we like it our not. It is supposed to be this way. It is the easiest way to evangelize, but also the easiest way to make it more difficult for everyone else. One of the things that pains me the most about the modern church is that we aren’t unified. We have become so diverse and divided about doctrinal concepts from deep issues like homosexuality all the way to the kind of music we should listen to or play on Sundays. When I hear the commentary of some non-followers of Christ, I don’t blame them for not wanting to get involved because it just seems like a whole bunch of drama and infighting. Who would want to be a part of that?

In verse 16, Jesus says something profound and if you don’t pay attention, you miss it. Most of us miss it, including myself, because we want to work for our own righteousness. Jesus tells us that our actions should shine before men, not to get credit for ourselves, but in a way that glorifies God. Usually we act and speak and think in a way that would bring us glory, but this is not why we were given the light. We were given the light to show everyone what it means to be united in Spirit. When we are united in the Spirit, we reveal the majesty of God that He is among us and that He is love.

Our job as people who are saved by God’s grace and mercy is to reveal it to others. We are called not to walk in the Kingdom of God but to show others that it exists, that it is good, and that they can do it too. This is Jesus’ whole point in this sermon. He is describing what it is like to walk in the Kingdom and its importance. When we can grasp the Kingdom principles we can begin to live them and walk in the Kingdom. Then, we are to reveal it to others. This is our task and duty as Christians. If we are not working towards this, then we are only living for ourselves and missing the greatest opportunity of our lives.