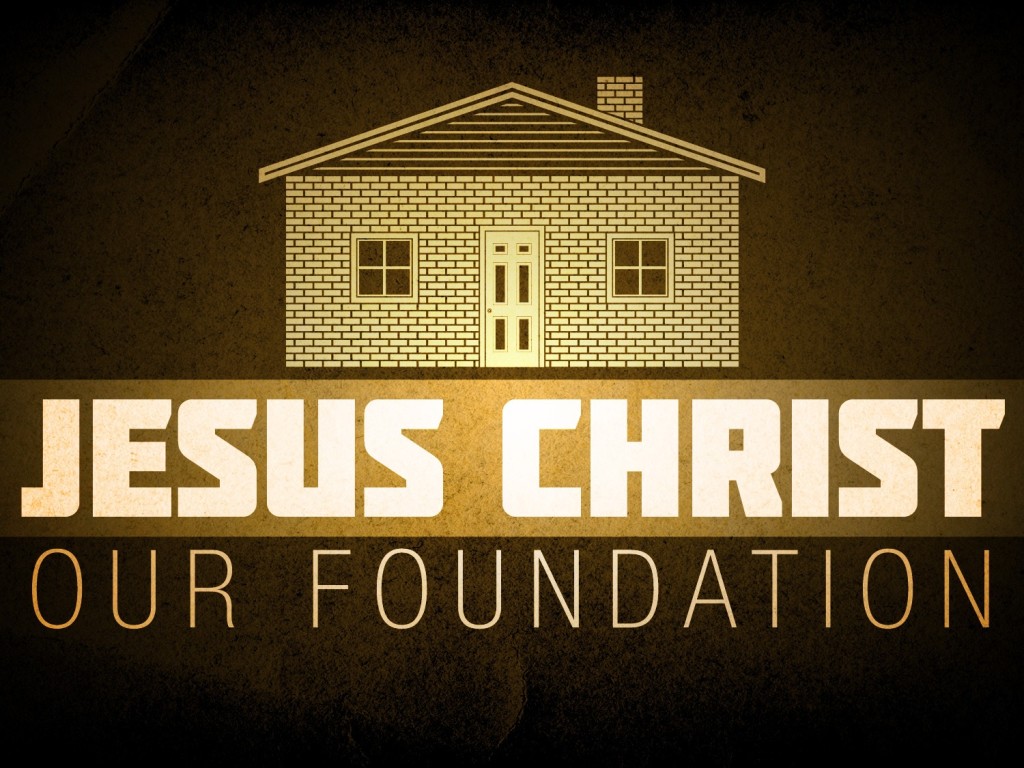 Paul has spent over 2 full chapters talking about the difference between the work of man (presenting the truth of God) and the work of God (using the presentation of His Truth to open the spiritual eyes of another).  As we close out chapter 3, Paul lets us know that there will be a time when the “quality” of the work of men will be exposed.  He’s using the analogy of building a house and the result based on “how good” we build that house.

10 According to the grace of God which was given to me, like a wise master builder I laid a foundation, and another is building on it. But each man must be careful how he builds on it. 11 For no man can lay a foundation other than the one which is laid, which is Jesus Christ. 12 Now if any man builds on the foundation with gold, silver, precious stones, wood, hay, straw, 13 each man’s work will become evident; for the day will show it because it is to be revealed with fire, and the fire itself will test the quality of each man’s work. 14 If any man’s work which he has built on it remains, he will receive a reward. 15 If any man’s work is burned up, he will suffer loss; but he himself will be saved, yet so as through fire. 16 Do you not know that you are a temple of God and that the Spirit of God dwells in you? 17 If any man destroys the temple of God, God will destroy him, for the temple of God is holy, and that is what you are. 18 Let no man deceive himself. If any man among you thinks that he is wise in this age, he must become foolish, so that he may become wise. 19 For the wisdom of this world is foolishness before God. For it is written, “He is the one who catches the wise in their craftiness”; 20 and again, “The Lord knows the reasonings of the wise, that they are useless.” 21 So then let no one boast in men. For all things belong to you, 22 whether Paul or Apollos or Cephas or the world or life or death or things present or things to come; all things belong to you, 23 and you belong to Christ; and Christ belongs to God.

Paul then transitions into talking about us as individuals, by discussing the process of spiritual growth.  Here we find an element that to me seems to trip us up as humans.  Paul discusses the validity of our work with Christ and that depending on its quality, we will “receive a reward in heaven.”  Jesus also mentions rewards in heaven but in a different context that what Paul is saying here.  In His sermon on the mount, Jesus tells us about rewards in heaven in order to help us remember not to worry about earthly rewards since they are just dust.  Here, Paul is stressing the importance of making sure that when we “work for the Lord,” that it isn’t merely for worldly recognition, but that we are truly following the instruction of God.  In missions school we discussed the difference between doing what we think God wants us to do and asking Him to bless our actions and first discussing with God and petitioning Him for answers as to what He wants us to do.  This is akin to finding our purpose.  It isn’t just about starting this program or giving that homeless guy some money, it’s about where your focus is.  Are you in a worldly mindset of just “being good” or are you in a heavenly mindset of asking God what He wants us to do and being obedient to the answer?

This is the third element we find in today’s passage: it isn’t about what we think we know, it’s about what God tells us because He knows.  Too often we look in the wrong places or suppose we know what is best but we just wind up making things more complicated.  Paul says they are useless because God is the one with the bird’s eye view, not us.

I don’t want to skip what Paul says in the middle (verse 15-17): our salvation is not undone by our works.  If we could not earn it, neither can we un-earn it.  This is what Paul is talking about suffering loss by “building a weak house” but still being saved.  This is hard for some of us to accept.  Some people truly believe in the sovereignty of God and have received His grace through faith, but still they refuse to act upon it.  They do not desire to walk out of the open jail cell to freedom and therefore remain sitting there as a slave to sin.  It’s quite tragic, really, when some have been enslaved for so long they don’t know what to do with their freedom, so they remain trapped because it is more comfortable than change (from their perspective).  I think we all struggle with this in one aspect or another.

I lived this way for the longest time until I realized the freedom that was not only won for me but also offered to me.  Those who haven’t experienced it don’t really know what it is until they take that “leap of faith” to see what it is all about.  Again, this is why the message of the cross is foolishness to those who believe.  To unbelievers, the perspective of the believers doesn’t make much sense.  This is what Paul is talking about when he says all things belong to you, 23 and you belong to Christ; and Christ belongs to God.  You see, what Christ did for us was win back what was ours.  In the beginning, God gave us the earth to have, cultivate, and enjoy but we gave it up when the devil tricked it away from us.  He yanked the title deed right out of our hands.  The only way to get it back is by doing what Christ did for us and now He is offering it back.  Some will ignore it, some will take it and lock it up, and others will resume ownership of it and do with it what was originally intended.

What will you do with it?