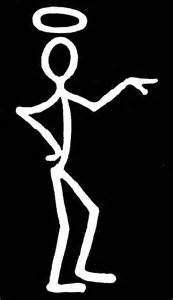 As Paul begins to wrap up his letter to Corinth, he gives a few instructions to them from which we can glean some insight.

16 Now concerning the collection for the saints, as I directed the churches of Galatia, so do you also. 2 On the first day of every week each one of you is to put aside and save, as he may prosper, so that no collections be made when I come. 3 When I arrive, whomever you may approve, I will send them with letters to carry your gift to Jerusalem; 4 and if it is fitting for me to go also, they will go with me.

This seems like a logistical issue than anything else and Paul is trying to sort it out.  Yet, there are two elements in here that stand out and we should take note of.  The Corinthians want to send money to fellow Christians in Jerusalem; they may be evangelists or what we would call missionaries today or simply a church or group of churches that they are trying to support.  Also, did you notice how Paul said to put money aside each week instead of taking up one offering when the time comes to send the money?

The term “saint” is used different ways by different sects of Christianity and even as a colloquialism to refer to someone who acts like a good person.  The term itself means “holy one” and in the case of Christianity and how Paul uses it, it is meant to refer to other Christians.  I’ve always had a problem with this because I certainly don’t feel holy nor do I think I am worthy of such a title.  However, we must recognize that the term is more than just a nickname or term of endearment; it is a reminder of how God sees us.  I have never understood the Catholic use of the term “saint” (as it refers only to Christians who have died) and I’d implore anyone to school me on it if they can.  The way “saint” is used here is to remind us of what Christ did for us.  The entire volume of scripture indicates that we must be holy and clean in order to have a relationship with God.  This is why there is so much blood and sacrifice in the Old Testament.  Jesus’ sacrifice covered this for us and as a result we are now holy in God’s eyes.  We can have a relationship with Him again!

I also think we have to understand that it isn’t just about having to wipe your feet on the carpet before walking in the house; this isn’t the kind of clean we are talking about.  It isn’t necessarily that God mandates we have to be a good person because it’s His rule to have control over us.  Rather, it exemplifies the deity and wholeness of God.  It isn’t that He wants us to be “clean” before we step into His presence; we have to be clean or else we will be destroyed just by being there.  It is how the system works, not a control issue for God to show us how powerful He is.  This is a great insight into the perfection and holiness of God.  This is revealed a few times in scripture when some people entered the presence of God without being without blemish and died.  They didn’t die because they just broke a rule; the rule is in place so people don’t die.  We can liken this to a hot stove.  A child doesn’t burn his hand on a hot stove because he broke the rule of not touching it; the rule is in place so the child doesn’t burn himself.  Too often we look at “the rules” in the bible and think they are there to control our actions when in reality they are there for our own good!

Next we see Paul instructing them to put back little by little to give as a gift or offering when the time comes.  To be honest, I don’t think I understood this concept fully until my wife and I became missionaries (click the link to check out our website).  The concept makes sense but its application makes a huge difference in the lives of others.  Imagine someone only has an extra $10 from every paycheck they can give.  If Paul shows up to Corinth and the church takes a collection to be sent to Jerusalem, that person can only give $10.  However, if that person puts back $10 a month for the next 6 months, they will be able to give $60 instead of 10.  Now, the person did not put themselves in bad financial standing and they were able to give more.  Many times throughout the bible we see advice and direction about what to and not to do with your money since money is the #1 thing that pulls our attention and hearts from the things of God.  Here we see some wisdom in Paul’s words because he is teaching us how to be efficient and give generously without putting ourselves at risk.  Nowadays we can sign up to support missionaries and other organizations monthly and while it may seem like only $10-20 a month isn’t much, it adds up over time.  The most important element is the consistency and dedication of being a part of something over a period of time.