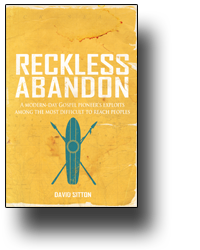 17 For it is better, if God should will it so, that you suffer for doing what is right rather than for doing what is wrong.  18 For Christ also died for sins once for all, the just for the unjust, so that He might bring us to God, having been put to death in the flesh, but made alive in the spirit;

Today is one of those days where I could have just posted an entire chapter in this book.  It is difficult for me to “cut up” what is coming next.  These verses stood out to me; maybe I should have included them in yesterday’s post, but I’m sure it will speak to someone today as it stands.

What is the difference between righteous suffering and punishment suffering?  One seems unfair, for one.  Don’t we usually fight for those who suffer unjustly?  This could be seen as someone who is imprisoned like the Apostle Paul was many times.  We could see it as some kid being bullied for being a good student.  Maybe it is someone who is starving and homeless because of their corrupt government.  Regardless, suffering without good reason tends to pull at our hearts a bit more than seeing someone suffer “because they deserve it”.  It is hard for us to feel compassion for prisoners who were found guilty that are in prison.  It is difficult to pity someone who gets injured doing something we deem as stupid.  It’s certainly not common to see people express their opinions when someone gets their “just desserts”.

I discussed yesterday how are actions as followers of Christ are to be different than those of the rest of the world.  Why is it better, as Peter says, to suffer for doing what is right than for doing what is wrong?  Why is it better for us to suffer righteously as opposed to suffering justly?  Because it is evidence of us following Christ.  Verse 18 points out that Jesus’ righteous suffering was so that He might bring us to God.  So then, if we follow Christ’s example, wouldn’t that do the same for others?

I mentioned this before, but it bears mentioning again.  Many of the first Christians were physically persecuted, abused, and martyred.  Who would endure this type of hardship over something they made up?  Who would, like Paul, repeatedly get whipped and thrown in prison and be happy about it if what they believed wasn’t real?  These men were willing to endure it all because of their hope in Christ.  If we can be at that point in our faith and in our relationship with God, then yes as Peter is telling us, it is better to be in that place.  Against these things there is no law.  This, my friends, is the fruit of the Spirit: that we would stand up for others regardless of the consequences because we know it is right.  These are the deeds as a result of faith that James was talking about.  These are the actions that cause people to stop and wonder why they believe so much in what they believe in.

Last year I read the book Radical by David Platt.  I was just thinking that, “wow, this is pretty radical.”  Yes, it is, it is meant to be.  Jesus was radical, as was Paul, Peter, James, and the whole lot!  How much do you really believe in Christ as your savior?  How much do you really want to follow Him?  He gives us options and choices all the time.  The interesting thing is that these opportunities are not for you to prove yourself to Him, rather they are opportunities for Him to prove Himself to you.  He will sustain, He will provide, He will make sure that if God should will it, it will come to pass.  I’m not talking about blowing ourselves up violently; I’m talking about loving others violently.  I’m not talking about developing a set of rituals to make yourself feel good; I’m talking about chasing after God with reckless abandon.

If you think you need to “ready yourself” then you will never be ready.  Simply ask Him what to do and answer the call.