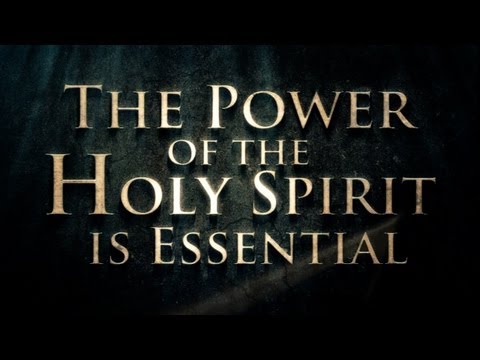 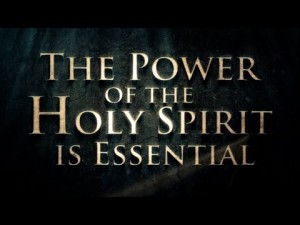 Matthew 15:29-31
29 Departing from there, Jesus went along by the Sea of Galilee, and having gone up on the mountain, He was sitting there. 30 And large crowds came to Him, bringing with them those who were lame, crippled, blind, mute, and many others, and they laid them down at His feet; and He healed them. 31 So the crowd marveled as they saw the mute speaking, the crippled restored, and the lame walking, and the blind seeing; and they glorified the God of Israel.

In seeking God’s supernatural power and presence in my life, I have learned one key principle about it throughout the scriptures: it is all meant to glorify God. The people knew that there was something special going on through Jesus. While the people would praise and thank Him, He always made sure to make it clear from where the healing power came. The verses that have driven me on this quest are found in John 14:

12 “Truly, truly, I say to you, he who believes in Me, the works that I do, he will do also; and greater works than these he will do; because I go to the Father. 13 “Whatever you ask in My name, that will I do, so that the Father may be glorified in the Son.

God the Father first called Jesus the Son and then us through the power of the Holy Spirit to do these things for His glory. The bible tells us that the Spirit comes and goes as He sees fit and there is not a specific rhyme or reason to know why some are gifted with certain supernatural powers and others are not (1 Corinthians 12:11). Maybe they are not ready to handle them. Maybe they are not inclined to receive them. Maybe they aren’t interested in using them. Possibly, they aren’t at a point to use them for God’s glory. On the other hand, we can name quite a few people over the past century that have used God’s power in a way that only brings themselves glory. We see an interaction between some of the Apostles and Simon the Magician who wanted this power for his own benefit in Acts 8:

9 Now there was a man named Simon, who formerly was practicing magic in the city and astonishing the people of Samaria, claiming to be someone great; 10 and they all, from smallest to greatest, were giving attention to him, saying, “This man is what is called the Great Power of God.” 11 And they were giving him attention because he had for a long time astonished them with his magic arts. 12 But when they believed Philip preaching the good news about the kingdom of God and the name of Jesus Christ, they were being baptized, men and women alike. 13 Even Simon himself believed; and after being baptized, he continued on with Philip, and as he observed signs and great miracles taking place, he was constantly amazed. 14 Now when the apostles in Jerusalem heard that Samaria had received the word of God, they sent them Peter and John, 15 who came down and prayed for them that they might receive the Holy Spirit. 16 For He had not yet fallen upon any of them; they had simply been baptized in the name of the Lord Jesus. 17 Then they began laying their hands on them, and they were receiving the Holy Spirit. 18 Now when Simon saw that the Spirit was bestowed through the laying on of the apostles’ hands, he offered them money, 19 saying, “Give this authority to me as well, so that everyone on whom I lay my hands may receive the Holy Spirit.” 20 But Peter said to him, “May your silver perish with you, because you thought you could obtain the gift of God with money! 21 “You have no part or portion in this matter, for your heart is not right before God. 22 “Therefore repent of this wickedness of yours, and pray the Lord that, if possible, the intention of your heart may be forgiven you. 23 “For I see that you are in the gall of bitterness and in the bondage of iniquity.” 24 But Simon answered and said, “Pray to the Lord for me yourselves, so that nothing of what you have said may come upon me.”

We see that this man not only observed and believed, but also became a follower of Christ. Yet, his heart still yearned for his own recognition and benefit, not that of the Kingdom. Simon was saved, but not empowered. At this point (the bible doesn’t mention anything more of him) we see that while he did get his “ticket into heaven,” he was still struggling with some personal issues. Until he repented and moved beyond them, he would be stuck without what he called the “authority of the Holy Spirit.” Peter exhorted Simon so that Simon could reflect upon the condition of his heart and evaluate his sinfulness and selfishness. Conversion to the Kingdom isn’t about our salvation, but God’s glory. He saved us not only so we could regain our relationship with Him, but so that we could bring His Kingdom here on earth as it is in heaven for those who have not yet experienced it. He wants to empower us with His Kingdom so that it will spread here on earth. May we take to heart today what Peter said in verses 21-22 of Acts 8, so that our hearts may be cleansed and we can glorify God in all that we do.