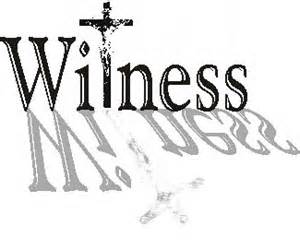 We learn the value of having a close relationship with God.

Hebrews 11:5-6
5 By faith Enoch was taken up so that he would not see death; and he was not found because God took him up; for he obtained the witness that before his being taken up he was pleasing to God. 6 And without faith it is impossible to please Him, for he who comes to God must believe that He is and that He is a rewarder of those who seek Him.

Enoch’s story is summed up in just a few verses in Genesis 5:

Now, we know the 300 years of living thing isn’t possible anymore, but even if it were just 100, that is a long time to “walk with God,” isn’t it?  I have mentioned before that Jesus wants to be our best friend.  He wants to be that close to us. The question is, do we want to be His best friend?  Here we see that Enoch was and as a result, not only do we please Him, but we are a witness. But before we even get to that point, we have to actually have a relationship with God.  Here we read that without faith (trust) it is impossible to please Him.  Enoch wholeheartedly trusted God which is why he was so close with God.  Enoch was such a good friend to God that God saved him from having to go through the process of death.  Has there been anyone since that was that close to God?

Enoch’s relationship with God resulted in obtaining the witness.  What exactly does this mean?  “Witness” is a Christianese word that we use a lot but I don’t think we fully grasp.  The Greek word Martureo is the original text used here for the word and it is translated to mean, “to affirm that one has seen or heard or experienced something.”  It isn’t just talking to others about Jesus, it isn’t about going on a short term missions trip or posting bible verses on your Facebook page.  It is a way of life.  Christian witness is about living in a way that invokes questioning and having the proper response for your hope in Christ when asked.  It’s about not conforming to the ways of the world but following God through all things and revealing to others the freedom and glory of Jesus Christ.  When we develop our relationship with God, it changes our lives in a way that others will notice.  Enoch’s relationship with God was so good that just by living, others were able to see that God is real. As a side note, did you notice the Greek word is where we get the word “mature”?  Our maturity in our relationship with God is a witness; Enoch had it.