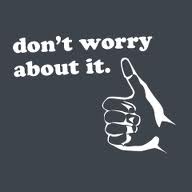 Paul takes his example of what to do with our current life situations when we believe in the salvation of Christ and enter into our relationship with God.  What do we do once we believe and find ourselves in a situation we otherwise wouldn’t have gotten ourselves in as believers?  Paul explains:

18 Was any man called when he was already circumcised? He is not to become uncircumcised. Has anyone been called in uncircumcision? He is not to be circumcised. 19 Circumcision is nothing, and uncircumcision is nothing, but what matters is the keeping of the commandments of God. 20 Each man must remain in that condition in which he was called. 21 Were you called while a slave? Do not worry about it; but if you are able also to become free, rather do that. 22 For he who was called in the Lord while a slave, is the Lord’s freedman; likewise he who was called while free, is Christ’s slave. 23 You were bought with a price; do not become slaves of men. 24 Brethren, each one is to remain with God in that condition in which he was called.

Two things are highlighted in this passage: 1) that our faith and belief are not a result of us doing something, rather the providence of God and 2) God gave us belief in Him where we are for a reason.  It’s easy for us, desiring systems and equations to achieve a certain result, to think that it is our outward appearance or situation that dictates our belief.  You don’t get baptized in order to believe; rather you get baptized because you already believe.  Such as is with the comparison of circumcision that Paul is using.  Furthermore, if it was about maintaining a “holy huddle”, then Jesus would have hung out with the Pharisees and do-gooders instead of those who needed to experience true love from God.

When Paul talked about being unequally yoked, he explained that there would be obvious differences between believers and unbelievers when belief occurs.  However, it isn’t a sign that we should suddenly abandon our surroundings (work, friends, family, etc.) because of our belief.  Rather we believe when we believe for the purpose of believing where we are in life.  This is why it is so important for us to recognize and remember the omnipotence of God.  If He really is all knowing, then He didn’t make a mistake when He gave you faith where you are.  We aren’t just saved from our sins, but saved for the purpose of telling others about the Truth of God.

Paul uses the extreme example here of being a physical slave.  He reminds us not to focus on the physical world around us, but rather to know we now are privy to the mysteries of the spiritual realm.  It’s mysterious because what you see physically or experience emotionally are just humanistic reactions to stimuli from the world around us.  However, once we are born-again or “born from above,” we are now in the spiritual realm of things.  The Kingdom of God is contrary to what we see here.  We are spiritual beings in a physical world.  Once we receive God’s faith through grace, we are able to recognize and interact with the spiritual realm.  This is why Paul says don’t worry about it, because it isn’t about whether or not men say we are free, because we are free indeed in Christ.

Are you focusing on the physical world around you?  Have you forgotten that you are born from above?  Do you act as a spiritual being in a physical world or is it the other way around?  Do you concern yourself with what others say or are you more concerned with what your Father in Heaven says?  We’ve been freed of the slavery of this world, why would we go back to that slavery?