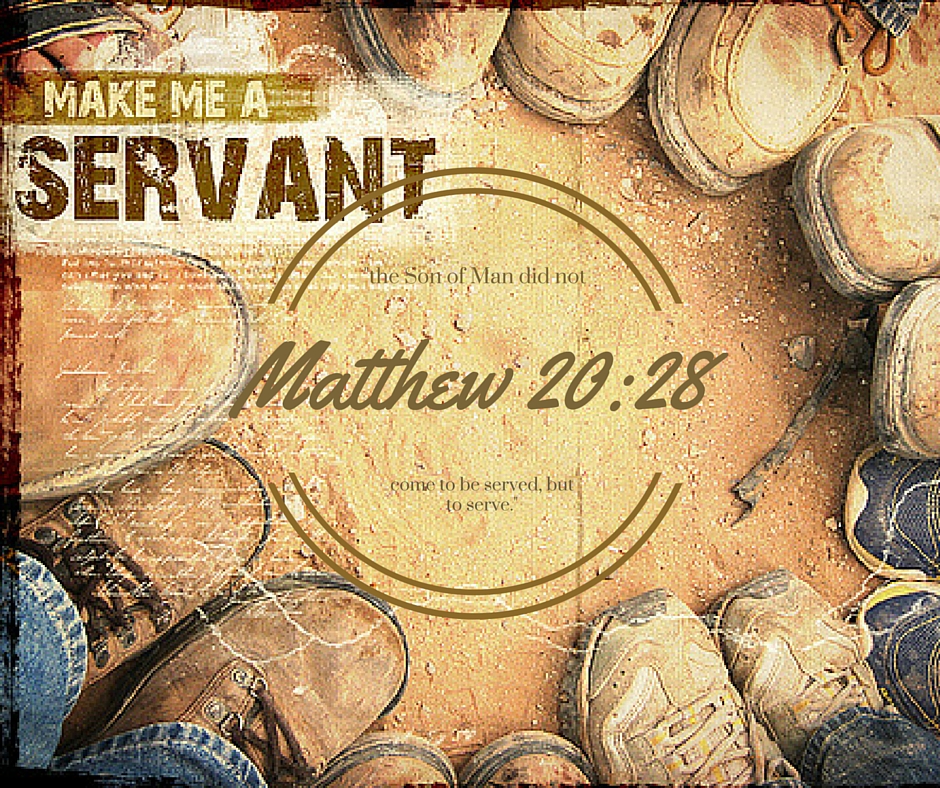 Matthew 20:17-28
20 Then the mother of the sons of Zebedee came to Jesus with her sons, bowing down and making a request of Him. 21 And He said to her, “What do you wish?” She said to Him, “Command that in Your kingdom these two sons of mine may sit one on Your right and one on Your left.” 22 But Jesus answered, “You do not know what you are asking. Are you able to drink the cup that I am about to drink?” They said to Him, “We are able.” 23 He said to them, “My cup you shall drink; but to sit on My right and on My left, this is not Mine to give, but it is for those for whom it has been prepared by My Father.” 24 And hearing this, the ten became indignant with the two brothers. 25 But Jesus called them to Himself and said, “You know that the rulers of the Gentiles lord it over them, and their great men exercise authority over them. 26 “It is not this way among you, but whoever wishes to become great among you shall be your servant, 27 and whoever wishes to be first among you shall be your slave; 28 just as the Son of Man did not come to be served, but to serve, and to give His life a ransom for many.”

After Jesus finished explaining that everyone is an equal in the Kingdom, a woman of two disciples (John and James) asks for Jesus’ favor over them in the Kingdom.  The first thing she didn’t recognize was that Jesus’ Kingdom is here on earth.  The wording of the question refers to when He ascends and sits in His throne.  This is why He said, “you do not know what you are asking.”  Sometimes we ask the wrong questions because our perspective is skewed.  This happened many times with Jesus as people asked Him questions about the Kingdom and compared it to life on earth.

This question by their mother gave the two men a little boldness (more than they usually had) and they said they are able to withstand torture and death.  As we read into what they were saying, they were agreeing in their mother’s petition…asking to be seated and Jesus’ left and right.  This is why the others got so upset: partly because they were asking for favoritism and partly because Jesus just said there is no favoritism in the Kingdom!  Everyone is favored in God’s Kingdom.

Jesus uses this opportunity to better clarify what He had been previously teaching.  Just as He is the Lord, even He serves and will serve to the lowest point: death.  There is no rank in the Kingdom of God the way we look at ranking, authority, and power here on earth.  If we want to be first in the Kingdom we must become last here on earth.  We must humble ourselves as servants to all, just as Jesus did.  At which point, ironically, we won’t be concerned about where we get to sit in regards to Jesus’ position as long as we get to live in His presence.

How often do we try to view the Kingdom from a worldly mindset?  Jesus said that His Kingdom is not of this world, so why then do we try to fit it within the constraints of this world?  The worldly desire for power, control, and higher ranking only distracts us from Kingdom thinking that we are here to serve, not be served.