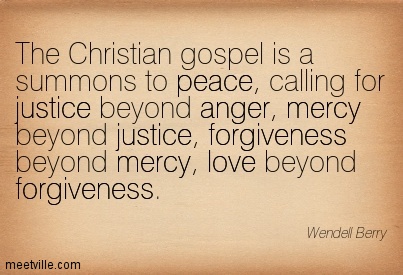 Matthew 17:24-27
24 When they came to Capernaum, those who collected the two-drachma tax came to Peter and said, “Does your teacher not pay the two-drachma tax?” 25 He said, “Yes.” And when he came into the house, Jesus spoke to him first, saying, “What do you think, Simon? From whom do the kings of the earth collect customs or poll-tax, from their sons or from strangers?” 26 When Peter said, “From strangers,” Jesus said to him, “Then the sons are exempt. 27 “However, so that we do not offend them, go to the sea and throw in a hook, and take the first fish that comes up; and when you open its mouth, you will find a shekel. Take that and give it to them for you and Me.”

First, a little history lesson.  There were little “taxes” like this throughout the region, depending on the area, that were requested (not necessarily imposed) during the year.  This one was a tax imposed that was to go towards the Roman government helping with the upkeep of the temple.  It was a religious tax.  The person who asked Peter if Jesus paid it was doing his job in that they essentially badgered everyone into paying even though they weren’t necessarily “obligated” to do so.  When it came to the temple tax, there were exemptions for Rabbis and priests and those involved in the temple work.  Jesus used an earthly example to reveal the truth about if they should pay the tax or not.  Would a king require his son to pay the taxes of the land that went toward the upkeep of his very own house?  Not at all, but as Jesus said, it’s better to pay the half shekel and not cause a needless argument than become a stumbling block.

I never really thought this to be a very important bible lesson until recently.  Those of us who have a higher “justice” proclivity struggle with what Jesus did in this instance.  We want to be rule followers and therefore expect others to follow the rules and if they do not (regardless if it seems fair or not) we want to call out the situation and stick up for the one who was wronged.  It doesn’t seem fair that Jesus and Peter had to pay a tax that technically didn’t apply to them, even though Jesus decided to do so and wasn’t forced.  This is a good drive to have, to right the wrongs of the world, however we must be careful not to get our priorities out of order.  God is a just God and He will see fit that all injustice in the world is rectified, but He commands us to worry about something else greater than justice: love.  In Mark 12, we see what Jesus thinks is most important:

If our need and desire for justice supersedes our love for others, we are in the wrong.  Jesus’ point in Matthew 17:27 is that not only should we focus on love more than justice, but that God will provide for us to love others, even if we do not have the means to do so.  In this case, Peter pulled a coin out of a fish’s mouth and gave it to a tax collector, but this also can mean our capacity to love others.  Sometimes we are faced with a situation where we feel we cannot love someone because they were unjust.  God calls us to love others and He will take care of the rest.

Consider what the Apostle Paul wrote in Romans 12, where he begins by encouraging us to not be conformed to this world but be transformed by the renewing of our minds.  He tells us not to look at things the way the world does, focusing on justice and injustice, but instead love unconditionally and trust God to take care of the injustice in His timing:

17 Never pay back evil for evil to anyone. Respect what is right in the sight of all men. 18 If possible, so far as it depends on you, be at peace with all men. 19 Never take your own revenge, beloved, but leave room for the wrath of God, for it is written, “VENGEANCE IS MINE, I WILL REPAY,” says the Lord. 20 “BUT IF YOUR ENEMY IS HUNGRY, FEED HIM, AND IF HE IS THIRSTY, GIVE HIM A DRINK; FOR IN SO DOING YOU WILL HEAP BURNING COALS ON HIS HEAD.” 21 Do not be overcome by evil, but overcome evil with good.

To clarify, Paul’s example of burning coals is not referring to burning someone alive but rather refining them by your acts of mercy, grace, and love even though they do not deserve it.  They deserve love because God loves them unconditionally, not because of what they have or have not done.  If God can pour out His mercy and grace upon us who do not deserve it, then who are we to not love others the same way?  The love He gives us is not for us to hold onto, but to pass on to others.