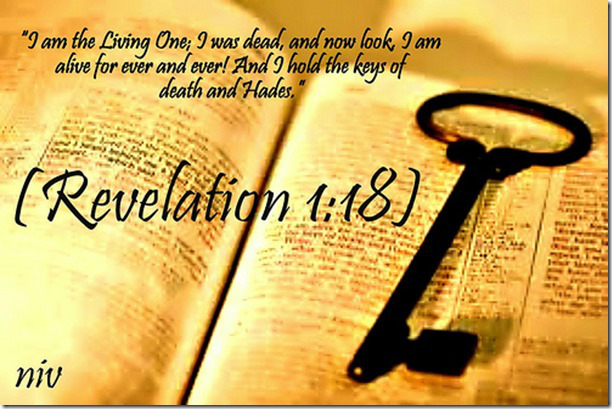 Matthew 27:57-66
57 When it was evening, there came a rich man from Arimathea, named Joseph, who himself had also become a disciple of Jesus. 58 This man went to Pilate and asked for the body of Jesus. Then Pilate ordered it to be given to him. 59 And Joseph took the body and wrapped it in a clean linen cloth, 60 and laid it in his own new tomb, which he had hewn out in the rock; and he rolled a large stone against the entrance of the tomb and went away. 61 And Mary Magdalene was there, and the other Mary, sitting opposite the grave. 62 Now on the next day, the day after the preparation, the chief priests and the Pharisees gathered together with Pilate, 63 and said, “Sir, we remember that when He was still alive that deceiver said, ‘After three days I am to rise again.’ 64 “Therefore, give orders for the grave to be made secure until the third day, otherwise His disciples may come and steal Him away and say to the people, ‘He has risen from the dead,’ and the last deception will be worse than the first.” 65 Pilate said to them, “You have a guard; go, make it as secure as you know how.” 66 And they went and made the grave secure, and along with the guard they set a seal on the stone.

As Jesus’ dead body hang there and everyone was recovering from the drastic events that had transpired, Joseph realized that the body had to be laid to rest that evening because the next day was the Sabbath and nobody in Jewish tradition was allowed to work or much less touch a dead body on that day.  Joseph had recently just dug out this tomb, probably for his own body or someone in his family to use and decided to donate it for Jesus’ body.  The tomb was literally carved out of a large boulder; imagine how long it took him to do that by hand!  His generosity in this matter was great, especially since Jesus didn’t even own His own tomb to be laid in.  We then see that on Saturday, the religious leaders were still operating under fear for their own religion and spoke with the Roman authorities to make sure nothing else happened to make matters worse.  Pilate gave them some soldiers to help protect the tomb and they put a wax seal on the stone to prevent tampering.

Ironically, this day being the Jewish Sabbath is also the day known for Jesus doing His work in hell.  Tomorrow He overcomes death itself by being resurrected, but some may have heard about Jesus descending into hell to defeat Satan once and for all.  First, let us recognize that this defeat, while spiritually is true is not completed physically until Satan is bound and banished for eternity as is written in Revelation.  God is not done with Satan yet (for God uses Satan as an instrument for His glory…a completely different lesson that we will avoid today).  However, Jesus overcoming hell gets its notion from Revelation chapter 1 when Jesus is talking to John (who had the vision and wrote the book):

17 When I saw Him, I fell at His feet like a dead man. And He placed His right hand on me, saying, “Do not be afraid; I am the first and the last, 18 and the living One; and I was dead, and behold, I am alive forevermore, and I have the keys of death and of Hades.

We also get indication of this idea in Paul’s writing to the Ephesians in chapter 4 as he tries to clarify a point as he is explaining how Christians are to be united and work together:

7 But to each one of us grace was given according to the measure of Christ’s gift. 8 Therefore it says, “WHEN HE ASCENDED ON HIGH, HE LED CAPTIVE A HOST OF CAPTIVES, AND HE GAVE GIFTS TO MEN.” 9 (Now this expression, “He ascended,” what does it mean except that He also had descended into the lower parts of the earth? 10 He who descended is Himself also He who ascended far above all the heavens, so that He might fill all things.)

Furthermore, we also get from 1 Peter 4 that Jesus has also gone to speak to the dead whom died and never had the opportunity to hear about this new salvation which is offered as a result of His death (i.e. the Good News/Gospel):

6 For the gospel has for this purpose been preached even to those who are dead, that though they are judged in the flesh as men, they may live in the spirit according to the will of God.

So then while Jesus’ actual death broke the power of sin over our lives (i.e. the pure sacrifice once and for all), Jesus in His Spirit while dead in body reclaimed His authority over death.  Now that the power of sin was broken so that once again we may have life, Jesus was working on Saturday to take back the legal right that man had given sin over us; when Adam and Eve sinned in Eden, not only did they learn of the difference of good and evil, but they handed their authority to Satan.  Jesus took that back while in the grave.  Now that the power was broken, the “title deed” as we call it sometimes, needed to be recovered.  This is when He won it back.  In His preaching to the dead, He was overcoming the power of spiritual death to those who knew no different when they physically died.  They were already spiritually dead when they physically died.  Even though they remained physically dead, they are now able to have spiritual life.  But what about Jesus telling the one thief hanging with Him on Good Friday that they would be together in Paradise?

This brings up another question: where do we go when we die?  This caused me to research more about where did Jesus really go from Friday evening until Sunday morning?  A careful look at the scriptures reveals there is a type of “holding place” for souls that have no body until Jesus returns and we are all called up to be united with Him once more.  This is most likely where the idea of purgatory enters some methods of belief, although the way it functions is different from what is thought about purgatory.  Instead of recapturing this explanation here, I will share a link that gives a detailed explanation of this place.  Click here to read it.  It is interesting to note that the reference in 1 Peter 3:18-20 mentions the 8 people safely brought through the water in Noah’s time is not a viable confirmation but that those 8 people were those saved by the ark.  I believe the reference in this passage is to those who did not heed God’s warnings through Noah and refused to repent.  Jesus lamented the flood (which is why He promised to never wipe out creation like that again) and is giving them another opportunity.  It also supports what Peter writes in chapter 4 as referenced above.

So then, not to be thwarted by a technicality, Jesus preached to the dead souls that otherwise did not have a chance to repent before His death on the cross.  This time is considered as the time from the beginning of creation until the flood.  Afterwards, the Jewish nation was created and they had the writings of Moses and decrees of the Law from God.  This is how we reconcile Jesus’ preaching to some in Hades with Jesus’ explanation of this place in Luke 16:19-31.

So what did Jesus do on this day?  His body rested in the tomb while His Spirit (since Friday night) went to the holding place of souls and He took the thief with Him.  He also preached to those held there in Hades (not hell, as we sometimes call it) that knew no better and died in the flood so that they had the opportunity to repent.  Then on Sunday morning, He returned to reveal Himself as the resurrected King with the keys in His hand.