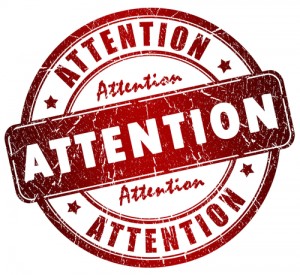 Mark 14:53-65
53 They led Jesus away to the high priest; and all the chief priests and the elders and the scribes gathered together. 54 Peter had followed Him at a distance, right into the courtyard of the high priest; and he was sitting with the officers and warming himself at the fire. 55 Now the chief priests and the whole Council kept trying to obtain testimony against Jesus to put Him to death, and they were not finding any. 56 For many were giving false testimony against Him, but their testimony was not consistent. 57 Some stood up and began to give false testimony against Him, saying, 58 “We heard Him say, ‘I will destroy this temple made with hands, and in three days I will build another made without hands.’ ” 59 Not even in this respect was their testimony consistent. 60 The high priest stood up and came forward and questioned Jesus, saying, “Do You not answer? What is it that these men are testifying against You?” 61 But He kept silent and did not answer. Again the high priest was questioning Him, and saying to Him, “Are You the Christ, the Son of the Blessed One?” 62 And Jesus said, “I am; and you shall see THE SON OF MAN SITTING AT THE RIGHT HAND OF POWER, and COMING WITH THE CLOUDS OF HEAVEN.” 63 Tearing his clothes, the high priest said, “What further need do we have of witnesses? 64 “You have heard the blasphemy; how does it seem to you?” And they all condemned Him to be deserving of death. 65 Some began to spit at Him, and to blindfold Him, and to beat Him with their fists, and to say to Him, “Prophesy!” And the officers received Him with slaps in the face.

Can you really blame these guys? Aside from their self-righteous religious background, they kinda had a right to be angry at Jesus. On our side of the story, we can see the bigger picture. The religious leaders of Jesus’ time, however, did not and although they were conspiring in an unrighteous manner, imagine how the high priest felt when Jesus said that He is the Christ. They understood the implications of this. Nowadays if this happened, we too would probably scream “blasphemy.” But He was and is the Christ, so what exactly was their problem? What exactly is our problem? The grumbling crowd of religious leaders had a problem with Jesus encroaching upon their territory. The high priest, however, had a different issue; he wasn’t paying attention.

Whenever Jesus claimed to others who He is, He always backed it up with scripture. In this particular instance Jesus quotes a vision from Daniel 7:

13 “I kept looking in the night visions, And behold, with the clouds of heaven One like a Son of Man was coming, And He came up to the Ancient of Days And was presented before Him. 14 “And to Him was given dominion, Glory and a kingdom, That all the peoples, nations and men of every language Might serve Him. His dominion is an everlasting dominion Which will not pass away; And His kingdom is one Which will not be destroyed.

Throughout His journey on earth, Jesus continually backed up His words with scripture and prophesies. Nowadays when people prophesy, they don’t always do it with the fullness of scripture in mind and they fail. This is why prophesies in this day and age go largely unheeded because they don’t come true as they are often incongruent with God’s truth. Jesus, however, spoke directly to the heart and truth of the religious leaders’ educational background. They knew the scriptures inside and out, but they refused to recognize Jesus’ fulfilling of them. Now, we have no clue what the scriptures say and we keep trying to prophesy through the bits and pieces.

It is essential for us to recognize and understand the truths that God reveals in His Word if we truly are concerned with what is to come and what has already passed. Are you paying attention to what God has said and is saying? Have you stopped to understand what Jesus is telling us or are you just “going with the flow,” which will carry you to ridiculous conclusions as we see the Pharisees drew?