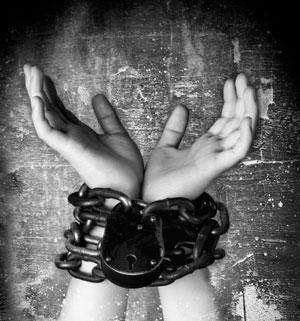 Amos 1:6-8
6 Thus says the Lord,
“For three transgressions of Gaza and for four
I will not revoke its punishment,
Because they deported an entire population
To deliver it up to Edom.
7 “So I will send fire upon the wall of Gaza
And it will consume her citadels.
8 “I will also cut off the inhabitant from Ashdod,
And him who holds the scepter, from Ashkelon;
I will even unleash My power upon Ekron,
And the remnant of the Philistines will perish,”
Says the Lord God. 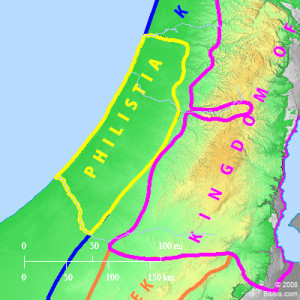 Today’s section covers an area called Philistia, which today is known as the Palestine area.  This is the same area of land contested by Palestinians and Jews today.  The problem that God had with this group of people is that they sold people into slavery (the meaning of verse 6).  The four cities: Gaza, Ashdod, Askelon, and Ekron were major cities in the nation at the time.  With the previous passage, we have an idea of what God has planned as punishment for these people and their refusal to turn their ways.  How does this apply to us today?

Edom was an enemy of Philistia and they sold Israeli slaves to them.  “Well, we don’t sell slaves,” I can hear you thinking.  Really?  Our biggest memory of slaves in the U.S. is the black slave trade around the time of our country’s civil war.  But we forget that there are other kinds of slaves, regardless of race.  Sexual slavery is something that is slowly being revealed in our country.  I say slowly because we don’t want to admit it is a problem and some of us prefer the benefits of it.

Pornography and prostitution have a huge corner in the market for money.  Some think that pornography is harmless because “it doesn’t hurt anybody” and all the actors and actresses are 18 years and older and give full consent.  But what if they give full consent because there isn’t an alternative?  The internet has created an entire world where we can watch for free or very little money what we think is entertainment but in reality is the destruction of someone else’s life.  What is this all for?  A few minutes of risqué entertainment and a small taste of nirvana that for some people only lasts another few minutes until you have to go back again.  Prostitution is the same thing, except it generally isn’t free, but those who you are paying aren’t even getting the money!

We could talk for days about the psychological effects of this to both the provider and user, but the main point is that as the supposed leader of the free world, we are creating and becoming slaves without even knowing it.  We need to wake up to the call of God and realize what is going on around us.  We like to feel that we are in control but the reality is that we have lost control and lives (even yours) are being destroyed because of it.  Here is a video I saw a little while back that is part of a project to reveal how close the sexual slave trade is to us and how we are letting it happen.