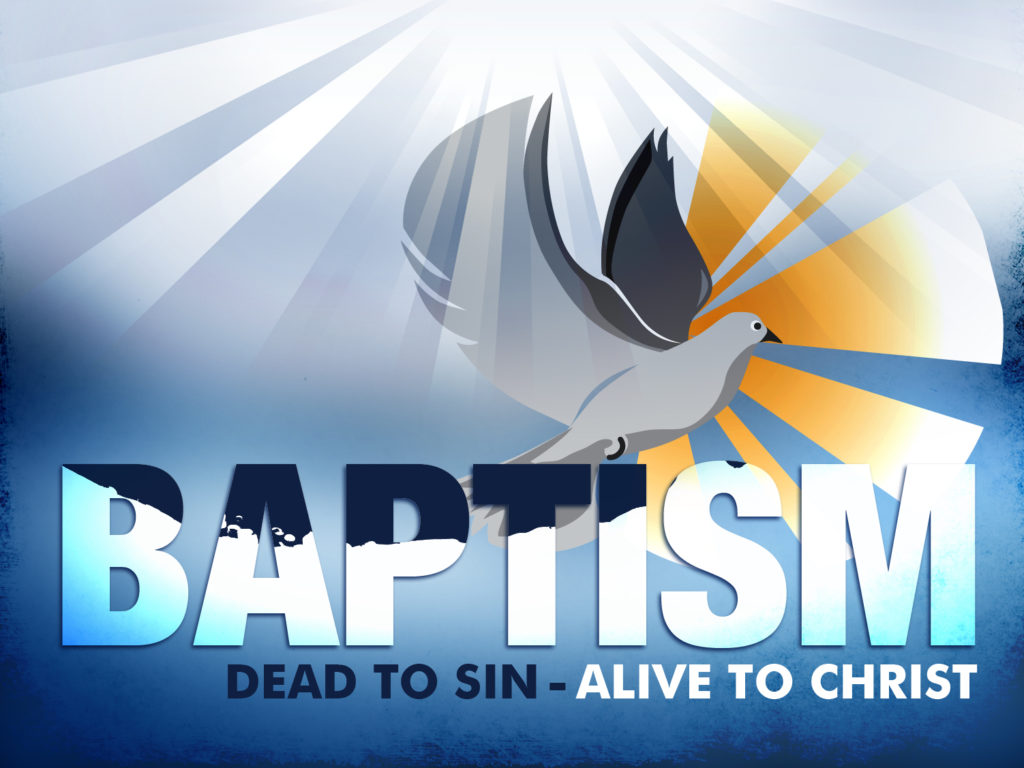 I think baptism is one of those great controversial subjects that causes unnecessary division in the church.  “If everyone would just do it the way I think we should, there wouldn’t be any problems,” right?  Our human condition causes us to focus on all the wrong things about baptism and not really what is important about it.  We could have many theological discussions about infant baptism, sprinkling versus dunking, multiple baptisms, who is authorized to do it, but the heart of the matter is why we do it.  If there isn’t a real purpose and meaning behind it, we are just performing a ritual that gets us wet and that’s it!

Baptism is a symbolic gesture of surrender and life change.  In Romans 6, the Apostle Paul reveals the purpose of this baptism that Jesus commanded His followers to perform on others:

3 Or do you not know that all of us who have been baptized into Christ Jesus have been baptized into His death? 4 Therefore we have been buried with Him through baptism into death, so that as Christ was raised from the dead through the glory of the Father, so we too might walk in newness of life. 5 For if we have become united with Him in the likeness of His death, certainly we shall also be in the likeness of His resurrection, 6 knowing this, that our old self was crucified with Him, in order that our body of sin might be done away with, so that we would no longer be slaves to sin; 7 for he who has died is freed from sin.

Peter also teaches the same principle but in a different way in 1 Peter 3:

18 For Christ also died for sins once for all, the just for the unjust, so that He might bring us to God, having been put to death in the flesh, but made alive in the spirit; 19 in which also He went and made proclamation to the spirits now in prison, 20 who once were disobedient, when the patience of God kept waiting in the days of Noah, during the construction of the ark, in which a few, that is, eight persons, were brought safely through the water. 21 Corresponding to that, baptism now saves you-not the removal of dirt from the flesh, but an appeal to God for a good conscience -through the resurrection of Jesus Christ, 22 who is at the right hand of God, having gone into heaven, after angels and authorities and powers had been subjected to Him.

So then we see that it is the change of heart, the identifying with Christ’s death for our sins, and the decision to seek God’s will in our lives instead of our worldly will that saves us.  We are not saved by a bath or a christening or a sprinkling of holy water.  We are saved by the grace of Christ and receive that salvation through faith and obedience in Him.  I battled with my pastor about this when he kept teaching about baptism.

Jesus’ command to make disciples and baptism in the name of the Father, Son, and Spirit is about guiding folks through the process of not only understanding who Jesus is or accepting that there is a God, but leading them to the point of obedience and identification as a son or daughter of the Most High God!  But first we must do it ourselves.  I eventually got baptized not because my pastor said it was a good idea, but because he explained to me its importance.  If I really wanted to be a follower of Christ, I had to follow Him to His death first to be reborn.  I had accepted Christ’s sacrifice for my sins but I had not been willing to lay down my life and die to sin until I realized that I was just going through the motions.  Jesus calls us to die to ourselves and then teach others to do the same.