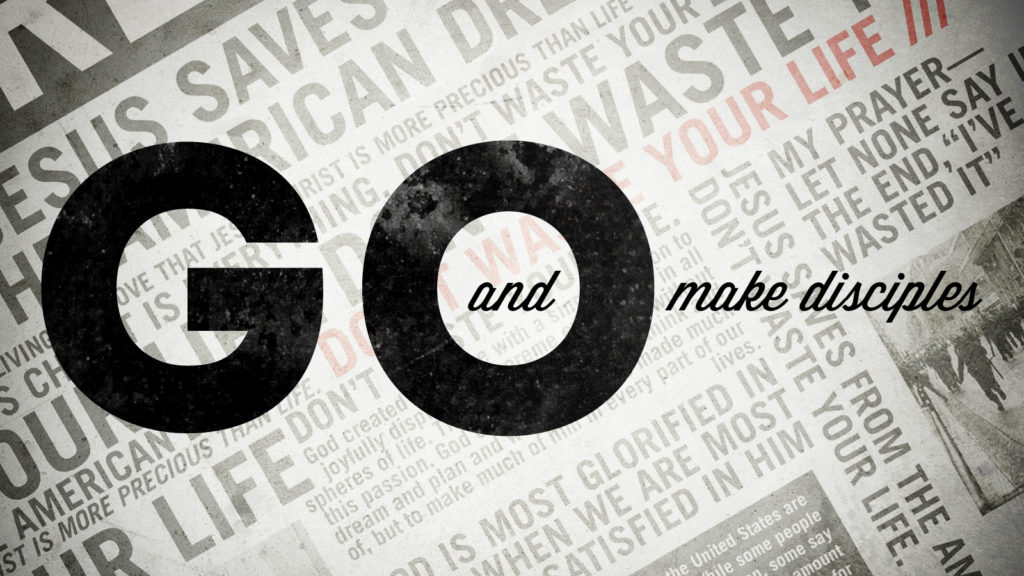 If you had a chance to see us speak at Connection Christian Church over our furlough last year, you might have an idea of what I’m about to say.  If you didn’t and would like to know, I have included the video below.

Jesus transitions from telling His disciples that He now has won the authority over all the earth for us and is transferring the authority to us.  Every time someone on earth becomes a disciple, this same authority and charge is transferred therefore to them.  As we begin to read verse 19, immediately we begin to make excuses in our minds:

“Only some are called to the ministry.”
“One can only do so much.”
“I don’t feel God calling me to another country to serve.”
“I can’t possibly leave all this behind.”

Pick your excuse, it’s all boloney.  Jesus didn’t say, “think about it and get back to me if it’s something you want to do or not.”  He said, “I have won back this authority and I am bestowing it upon you.  You are now responsible for spreading it among the earth.”  It is interesting how we see “all nations” and forget about the very one we are living in now.  We think missions is about developing countries, undernourished babies, and housing projects for the homeless.  We satisfy this call (in our minds) by sending a $35 check every month to a ministry that does these things because we just don’t have the time to do it ourselves with our busy schedule.

Too often we rationalize and water down the great commission to fit into our own comfort zone.  Some are called overseas, some are called to be pastors, others are called to organize missions to other countries, but we are all called to go and make disciples.  Jesus didn’t put any exceptions in here.  If you are not making disciples, you are being disobedient.  Period.  We are not doing enough and we are making too many excuses.  We are taking the easy way out because we don’t really believe that Jesus has given us the authority to do so.

Where are you going today so you can make disciples?  Where is Jesus sending you with authority to make a stand for the Kingdom?