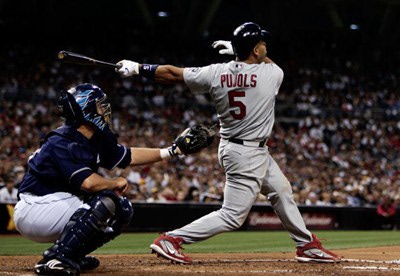 Acts 8:26-38
26 But an angel of the Lord spoke to Philip saying, “Get up and go south to the road that descends from Jerusalem to Gaza.” (This is a desert road.) 27 So he got up and went; and there was an Ethiopian eunuch, a court official of Candace, queen of the Ethiopians, who was in charge of all her treasure; and he had come to Jerusalem to worship, 28 and he was returning and sitting in his chariot, and was reading the prophet Isaiah. 29 Then the Spirit said to Philip, “Go up and join this chariot.” 30 Philip ran up and heard him reading Isaiah the prophet, and said, “Do you understand what you are reading?” 31 And he said, “Well, how could I, unless someone guides me?” And he invited Philip to come up and sit with him. 32 Now the passage of Scripture which he was reading was this: “HE WAS LED AS A SHEEP TO SLAUGHTER; AND AS A LAMB BEFORE ITS SHEARER IS SILENT, SO HE DOES NOT OPEN HIS MOUTH. 33 “IN HUMILIATION HIS JUDGMENT WAS TAKEN AWAY; WHO WILL RELATE HIS GENERATION? FOR HIS LIFE IS REMOVED FROM THE EARTH.” 34 The eunuch answered Philip and said, “Please tell me, of whom does the prophet say this? Of himself or of someone else?” 35 Then Philip opened his mouth, and beginning from this Scripture he preached Jesus to him. 36 As they went along the road they came to some water; and the eunuch said, “Look! Water! What prevents me from being baptized?” 37 [And Philip said, “If you believe with all your heart, you may.” And he answered and said, “I believe that Jesus Christ is the Son of God.”] 38 And he ordered the chariot to stop; and they both went down into the water, Philip as well as the eunuch, and he baptized him.

This is a popular story that is often used to discuss following the guidance of the Holy Spirit as well as details on baptism.  The term “angel of the Lord” has been discussed and debated in many forums.  The original language for the word “angel” is “messenger,” which indicates that the hearer receives a message from God somehow.  This could be a physical confrontation, a dream, the Holy Spirit in his soul, or probably a bunch of other explanations.  The main point, however, is that Philip knew that God was speaking to him and telling him to do something.  Even though the message wasn’t very clear (after all, God was telling him to go walk down a desert road with no other goal in sight).  Philip knew it was God because of his relationship with God.  It wasn’t like there was this phantom voice or random thought to go wander in the desert.  Because Philip developed and maintained this closeness with God, he knew who was speaking.  As a result, he knew the importance of being obedient.  This is evident throughout this whole story, not just the beginning.  As Philip was urged to approach the chariot, to share with the eunuch, to baptize him, Philip was following the guidance of God through His Spirit.  Before the outpouring of the Spirit, God spoke to man through various mediums but now He speaks to us through His Spirit.

Notice how Philip being obedient to the Spirit spawns the eunuch’s hearing from and being obedient to the Spirit as well.  “Why can’t I be baptized here and now?” the eunuch asked.  Philip had an answer; there is only one thing that would prevent him from being baptized: unbelief.  This is an important concept for us to grasp because baptism isn’t about getting dunked.  It isn’t about getting cleansed of your sins.  It isn’t about having a church party to celebrate a new member.  It’s about an outward representation of what has changed inside.  If we have been cleansed inside, if we have been renewed on the inside, how could we not follow through with baptism?

It’s like a baseball player at the plate getting ready to swing.  He sees the pitch approaching and in a moment makes the decision to swing and attempt to hit the ball or let it ride.  At that very moment, what would prevent the player from swinging and following through?  Unbelief that he will hit the ball.  Sometimes players balk at following through with the swing because at the last minute there is a doubt in the process.  The eunuch didn’t have that doubt.  He was fully committed because he was certain of what had happened inside of him.  Maybe he had doubts of what the future may hold.  Maybe the batter wonders if it will be a home run, a single, or if a fly ball will be caught and he will be out.  It could even be a complete miss.  But in that moment, none of that matters.  It’s not about hitting a foul, homerun, or getting out; it’s about being fully committed to what you have come to know is true.

This is what it is like to follow the leading of the Spirit.  It’s taking what you know and acting on it, even though you don’t know how the play is going to end.  Philip had no idea what he would encounter in the desert.  He didn’t know what would happen as he approached the chariot.  He wasn’t sure how the eunuch would respond to the Gospel message.  All he knew is that it was time to swing and to do it the best he could with what he had.  I’m sure at the end of this process Philip was glad he had followed the leading of the Spirit, just like the batter is happy he decided to swing as he is sliding into home.  If we let our doubts and fears prevent us from swinging or following through, we won’t ever get to experience the glory of sliding into home.

What is making you balk?  Why aren’t you following through?

2 thoughts on “The Leading of the Spirit”