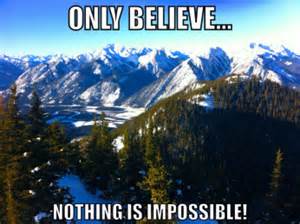 Matthew 8:13-17
13 And Jesus said to the centurion, “Go; it shall be done for you as you have believed.” And the servant was healed that very moment. 14 When Jesus came into Peter’s home, He saw his mother-in-law lying sick in bed with a fever. 15 He touched her hand, and the fever left her; and she got up and waited on Him. 16 When evening came, they brought to Him many who were demon-possessed; and He cast out the spirits with a word, and healed all who were ill. 17 This was to fulfill what was spoken through Isaiah the prophet: “HE HIMSELF TOOK OUR INFIRMITIES AND CARRIED AWAY OUR DISEASES.”

When we read this passage, do we read it as a fairy tale or reality? This will reveal to you how much you believe in Jesus as the Christ. He had this whole interaction with the Centurion and his faith and in the end Jesus told the man his servant was healed. Then the crowds began to bring Him people with all sorts of afflictions and He healed them. Peter probably saw the interaction with the Centurion and then said, “Hey, that’s cool. By the way, my mother-in-law is sick, can we go to her house?” By that night, word had spread throughout the town and they started bringing Him people to heal.

Jesus’ spiritual prowess was so strong that He cast out demons with a single word! That’s a far cry from the hour and a half it takes in The Exorcist. But how do we respond to this? We might say we believe it because it is in the bible, but do we truly believe this happened? Is this really possible? What would you say to Jesus if He were doing this today? Would we make a science fiction movie out of it or make it a documentary? Our society has numbed itself to the spiritual realm so that we don’t even really know if it exists or not. The majority of Christians today have found a way to explain away this phenomenon because to them it doesn’t make sense in their secular brains. We don’t teach about it in Sunday school or Wednesday bible study. We ignore miracles because they are counter-cultural and sometimes a bit scary.

We have to recognize that Jesus is counter-cultural. We have to accept that Jesus’ gospel is scary in the face of worldly living. We need to know that it is supposed to be unbelievable. But He gives us a way to believe, if we will only trust Him and His Word. If we really want to be His disciple and walk in His Kingdom, this is non-negotiable. We have to open ourselves up to the possibility of the impossible. Otherwise, we are just wasting our time and living as a hypocrite. Yes, that’s strong wording, but that’s exactly what Jesus calls us when we say we believe in Him but don’t believe everything He does and says. Just wait until we get to the part where He tells us that we will do these same things!

Do you really believe what you say you believe?