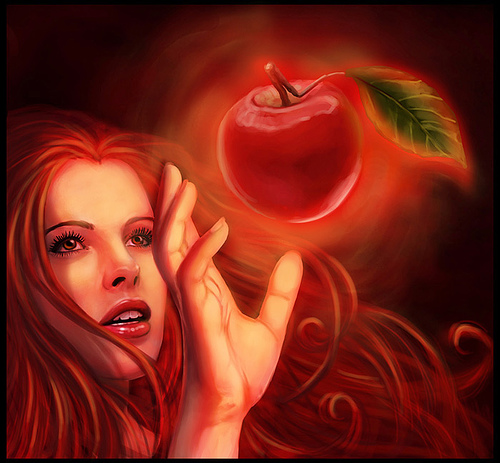 Matthew 4:1
1 Then Jesus was led up by the Spirit into the wilderness to be tempted by the devil.

Read that verse again. The Holy Spirit led Jesus into a place to be tempted. Your mind might be filling with questions concerning other scriptures right now. Maybe you are wondering why the Spirit would lead Jesus into temptation. Possibly you are thinking ahead in our study of Matthew’s book where Jesus teaches us to pray, “and lead us not into temptation, but deliver us from evil.” We must first recognize that Satan is a tool in God’s hands. God uses the devil to build His Kingdom. This is something we must understand and accept if we are to truly recognize God’s sovereignty over all creation. It’s not like what the devil is doing is something he isn’t allowed to do. If you don’t believe me, take a look at the beginning of the story of Job in the Old Testament:

7 The LORD said to Satan, “From where do you come?” Then Satan answered the LORD and said, “From roaming about on the earth and walking around on it.” 8 The LORD said to Satan, “Have you considered My servant Job? For there is no one like him on the earth, a blameless and upright man, fearing God and turning away from evil.” 9 Then Satan answered the LORD, “Does Job fear God for nothing? 10 “Have You not made a hedge about him and his house and all that he has, on every side? You have blessed the work of his hands, and his possessions have increased in the land. 11 “But put forth Your hand now and touch all that he has; he will surely curse You to Your face.” 12 Then the LORD said to Satan, “Behold, all that he has is in your power, only do not put forth your hand on him.” So Satan departed from the presence of the LORD.

Satan had to ask permission to take everything from Job and was restricted from taking his life. If Satan reigned freely, would he have had to 1) ask permission from God and 2) comply with what God said? Moving forward, let’s take a sneak peak at the aforementioned reference from the Lord’s Prayer. In picking apart Matthew 6:13, we learn more in depth what it means when we ask God to “not lead us into temptation”:

that is, into the power of it, so as to be overcome by it, and sink under it; in which sense the phrase is to be understood here. We are not here taught to pray against temptations at all, or in any sense, for they are sometimes needful and useful; but that they may not have the power over us, and destroy us. There are various sorts of temptations. There are the temptations of God; who may be said to tempt, not by infusing anything that is sinful, or by soliciting to it; but by enjoining things hard and disagreeable to nature, as in the case of Abraham; by afflicting, either in body or estate, of which Job is an instance; by permitting and letting loose the reins to Satan, and a man’s own corruptions; by withdrawing his presence, and withholding the communications of his grace; and sometimes by suffering false prophets to arise among his people: his ends in them are on his own account, the display of his power; grace, wisdom, and faithfulness; on account of his Son, that his saints might be like him, and he might have an opportunity of exercising his power and pity: and on his people’s account, that they might be humbled; their faith and patience tried; might see their weakness, and need of Christ, and be excited to prayer and watchfulness. There are also the temptations of Satan; which lie in soliciting to evil, suggesting hard and blasphemous thoughts of God, and filling with doubts and fears; which are cunningly formed by him, and are very afflictive. There are moreover the temptations of the world, which arise from poverty and riches, from the men of the world, the lusts of it, and from both its frowns and flatteries: add to all this, that there are temptations arising from a man’s own heart. Now, in this petition, the children of God pray, that they may be kept from every occasion and object of sinning; from those sins they are most inclined to; that God would not leave them to Satan, and their own corrupt hearts; nor suffer them to sink under the weight of temptations of any sort; but that, in the issue, they might have a way to escape, and be victorious over all. –John Gill’s exposition of the bible

Generally we look at Jesus’ temptation as just a comforting and relational aspect of our understanding of Jesus. There are some songs that sing that Jesus understands our suffering here on earth because He experienced it too, but this account in the bible goes far beyond that. For starters, we learn that Jesus didn’t sin even though He was tempted, because He had the Holy Spirit with Him. We also learn that when the Holy Spirit guides us to do something, we must obey and by doing so, we will be taken care of regardless of the affliction. Just to clarify, this doesn’t mean we should blindly walk into tempting situations expecting God to rescue us. Rather, it is to say that there will be times that God specifically directs us into tempting situations to strengthen us. God uses temptation to strengthen us spiritually, but we must make sure we are following God first and foremost, not toying with temptation to test our own personal strength. This is why the Apostle Paul worded it the way he did in 1 Corinthians 10:

12 Therefore let him who thinks he stands take heed that he does not fall. 13 No temptation has overtaken you but such as is common to man; and God is faithful, who will not allow you to be tempted beyond what you are able, but with the temptation will provide the way of escape also, so that you will be able to endure it.

Paul is warning his audience that when we think we can resist temptations on our own, we are playing with fire and leading ourselves to destruction. But God has a purpose and plan for the evils of the world and if we align ourselves with that plan and rely on Him during our temptations, we in fact will grow stronger, as we read in James 1:

12 Blessed is a man who perseveres under trial; for once he has been approved, he will receive the crown of life which the Lord has promised to those who love Him. 13 Let no one say when he is tempted, “I am being tempted by God “; for God cannot be tempted by evil, and He Himself does not tempt anyone. 14 But each one is tempted when he is carried away and enticed by his own lust. 15 Then when lust has conceived, it gives birth to sin; and when sin is accomplished, it brings forth death. 16 Do not be deceived, my beloved brethren. 17 Every good thing given and every perfect gift is from above, coming down from the Father of lights, with whom there is no variation or shifting shadow.

Some people think that the Garden of Eden was just a set up for failure. Why would God even put a forbidden tree there? He knew what was going to happen, didn’t He? The short explanation in addition to all that we have just read is to increase the strength of our relationship with Him. Our purpose is to glorify God. Just like Job did under temptation. Just like Jesus did under temptation. Just like we are supposed to do under temptation. The purpose of the forbidden fruit had nothing to do with us (which is what we make it when we get angry about it) and all about Him! Adam and Eve had it great in the garden, but they did not fully understand God’s grace, mercy, and love for them because everything was perfect. There were no issues at all. They never got stung by bees, frolicked with lions and tigers, and weren’t even ashamed of their own nakedness and vulnerability. They had no idea what a cruel world was (because it didn’t exist yet) and likewise no idea how powerful God’s love was for them.

God uses temptation and trials to grow our relationship with Him because it gives us an opportunity to trust Him and rely on Him during difficult circumstances. Faith is trusting in Him and the bible says without faith, it is impossible to please God. So, He gives us opportunities to grow in faith, therefore pleasing Him more. The bonus is that the more we trust in Him, the more pleased and fulfilled we will be as well because we are fulfilling our created purpose. This is when we get to experience what is known as “the peace that surpasses all understanding.” Yes, you can feel peace and joy through being tempted as long as you stand firm in faith and continue following God’s will.