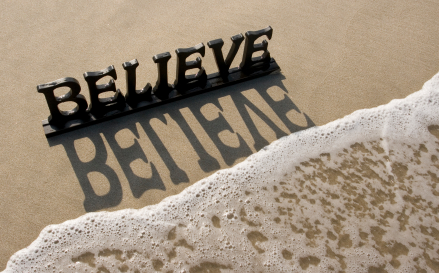 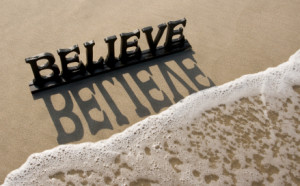 Mark 5:21-24, 35-43
21 When Jesus had crossed over again in the boat to the other side, a large crowd gathered around Him; and so He stayed by the seashore. 22 One of the synagogue officials named Jairus came up, and on seeing Him, fell at His feet 23 and implored Him earnestly, saying, “My little daughter is at the point of death; please come and lay Your hands on her, so that she will get well and live.” 24 And He went off with him; and a large crowd was following Him and pressing in on Him. 35 While He was still speaking, they came from the house of the synagogue official, saying, “Your daughter has died; why trouble the Teacher anymore?” 36 But Jesus, overhearing what was being spoken, said to the synagogue official, “Do not be afraid any longer, only believe.” 37 And He allowed no one to accompany Him, except Peter and James and John the brother of James. 38 They came to the house of the synagogue official; and He saw a commotion, and people loudly weeping and wailing. 39 And entering in, He said to them, “Why make a commotion and weep? The child has not died, but is asleep.” 40 They began laughing at Him. But putting them all out, He took along the child’s father and mother and His own companions, and entered the room where the child was. 41 Taking the child by the hand, He said to her, “Talitha kum!” (which translated means, “Little girl, I say to you, get up!”). 42 Immediately the girl got up and began to walk, for she was twelve years old. And immediately they were completely astounded. 43 And He gave them strict orders that no one should know about this, and He said that something should be given her to eat.

I’m not sure if this story has been presented this way before, but I think sometimes we get distracted by the hemorrhaging woman (did you notice that verses 25-34 were missing?) while Jesus is on the way to Jairus’ house that we lose the significance of the story.  So, we will talk about the woman tomorrow, but today we will focus on Jairus and his little girl.

If we remember the progression of what Jesus was doing, he got in a boat, crossed the Sea of Galilee, cast out a legion of demons into some pigs and promptly returned back to the side of the sea he left.  A crowd was gathered around him and he ministered to them until Jairus showed up pleading for help.  Now Jairus was in charge of daily synagogue activity: he planned who would be preaching, made sure everything was done according to the law, and kept order.  He was the director of the synagogue.  Somehow he heard about this Jesus fellow and when his daughter fell ill, he decided to reach out to Jesus because he didn’t know what else to do.  As Jesus was making His way to the man’s house, however, they learned that the girl had died.  Jesus’s response is, “do not fear, but have faith.”

This phrase has become a catch phrase whenever something terrible is happening. It is supposed to bring us comfort amidst our difficulties, but does it really?  I can only speak for myself, but when I hear this phrase, it doesn’t always bring comfort because in some areas I lack the faith that is being called upon.  So, when we hear this phrase, do we think, “ok, I will trust in God through this difficulty,” or do we think, “yeah, easy for you to say!”  The original Greek language for faith (pistis) and believe (pisteuo) have the same root word.  They are connected and are meant to signify the act of having confidence and trust in something or someone.  So, Jesus here is telling Jairus to trust in Him, but we don’t necessarily understand what Jairus should trust Him or how He should be trusted.  This is the conundrum we face amidst our difficulties, understanding how to trust God or with what we should trust Him.

Our overall trust in God isn’t about anything specific, but the love He has for us, the perfection of His will, and that He always has our best interest at heart.  Jesus didn’t say, “trust that I will bring her to life,” just “trust Me.”  Too often we put our own human expectations on God and wind up disappointed by what He provides because it isn’t what we thought He would do or what we wanted Him to do.  However, if we rely on Him to do what we think is best for us, then we cannot simultaneously trust Him to do what He knows is best for us.  Can you see the difference?  We set ourselves up for failure at the start because we trust God for the wrong things.  It’s like throwing a bowling ball in the air over your head and trusting it won’t come down and knock you out.  We know the properties of gravity, weight, and the principle of “what goes up must come down.”  It would be considered absurd for us to think anything contrary to that and we would be quickly disappointed when we woke up sometime later with a huge knot on our head.  It’s the same way with God.  If we trust Him for something He never said He would do or we misinterpret His promises, we will wake up with a headache wondering what happened and why things didn’t go as planned.  To be clear, I am calling us all to trust in God’s perfect love for us and that He knows what is best.

So why then did Jesus give strict orders not to tell anyone about what happened?  As we saw in glory to God the Father, Jesus’ purpose on earth was to be an example and direct all glory to God.  He knew that if people found out that He started raising people from the dead, families would be dragging Him to cemeteries to revive their lost loved ones instead of focusing on the Kingdom of God.  Raising the dead wasn’t the point, giving God the glory and building Jairus’ faith was the point.  This is why Jesus sent out all of those who were laughing when He said she was merely asleep, because they did not believe.  It required the faith of those around the little girl and the power of the Holy Spirit to raise her from the dead, not Jesus’ power as God incarnate.  If that were the case, He wouldn’t have cleared the room of all nonbelievers.  Those who believed in the power of God and His good and perfect will stayed and witnessed this miracle as a result of their faith.  This is also why Jesus occasionally rebuked His disciples for their lack of faith, because it is so essential for the ministry He was calling them to.

How are we trusting God?  For what are we trusting Him and how can we better believe in His goodness?  Do we trust Him in human terms or in heavenly terms?  How do we continue to set ourselves up for failure because we trust God for the wrong things?