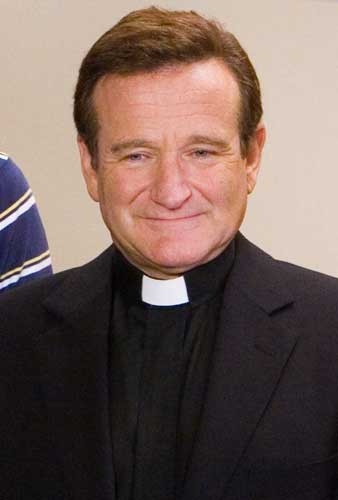 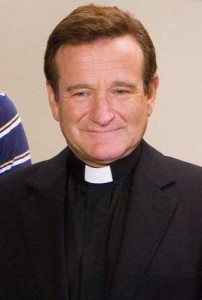 Until just a few years ago, I had always believed that when someone commits suicide, regardless if they were “saved” or not, they went to hell.  I have heard that Catholics believe they go to purgatory while some radical Muslims believe that as long as they are dying for the cause of Allah, they will be rewarded despite killing themselves.  With the sad news that one of the world’s great comedians and actors has passed away from this earth as a result of suicide (I have yet to see any definitive reports, just speculations), I believe it is important for us to look into what the bible says about suicide and salvation.  As I began to look into what the bible really says versus what I have been led to believe throughout the majority of my life, I had an epiphany that the unforgivable suicide doctrine wasn’t necessarily biblical.  I say this tongue-in-cheek knowing that anyone out there may have a conclusive argument and I would be more than happy to hear it!  So then, let’s look into this from a purely biblical standpoint.

The best origin of this false doctrine I can think of is when Judas kills himself for handing over Jesus to the Romans to be crucified.  The account starts in Matthew 26:
[quote]20 Now when evening came, Jesus was reclining at the table with the twelve disciples. 21 As they were eating, He said, “Truly I say to you that one of you will betray Me.” 22 Being deeply grieved, they each one began to say to Him, “Surely not I, Lord?” 23 And He answered, “He who dipped his hand with Me in the bowl is the one who will betray Me. 24 “The Son of Man is to go, just as it is written of Him; but woe to that man by whom the Son of Man is betrayed! It would have been good for that man if he had not been born.” 25 And Judas, who was betraying Him, said, “Surely it is not I, Rabbi?” Jesus said to him, “You have said it yourself.”[/quote]

It is the fulfilled in Matthew 27:
[quote]1 Now when morning came, all the chief priests and the elders of the people conferred together against Jesus to put Him to death; 2 and they bound Him, and led Him away and delivered Him to Pilate the governor. 3 Then when Judas, who had betrayed Him, saw that He had been condemned, he felt remorse and returned the thirty pieces of silver to the chief priests and elders, 4 saying, “I have sinned by betraying innocent blood.” But they said, “What is that to us? See to that yourself!” 5 And he threw the pieces of silver into the temple sanctuary and departed; and he went away and hanged himself. 6 The chief priests took the pieces of silver and said, “It is not lawful to put them into the temple treasury, since it is the price of blood.” 7 And they conferred together and with the money bought the Potter’s Field as a burial place for strangers. 8 For this reason that field has been called the Field of Blood to this day. 9 Then that which was spoken through Jeremiah the prophet was fulfilled: “AND THEY TOOK THE THIRTY PIECES OF SILVER, THE PRICE OF THE ONE WHOSE PRICE HAD BEEN SET by the sons of Israel; 10 AND THEY GAVE THEM FOR THE POTTER’S FIELD, AS THE LORD DIRECTED[/quote]

Finally, it is reflected upon in Acts 1:
[quote]15 At this time Peter stood up in the midst of the brethren (a gathering of about one hundred and twenty persons was there together), and said, 16 “Brethren, the Scripture had to be fulfilled, which the Holy Spirit foretold by the mouth of David concerning Judas, who became a guide to those who arrested Jesus. 17 “For he was counted among us and received his share in this ministry.” 18 (Now this man acquired a field with the price of his wickedness, and falling headlong, he burst open in the middle and all his intestines gushed out. 19 And it became known to all who were living in Jerusalem; so that in their own language that field was called Hakeldama, that is, Field of Blood.) 20 “For it is written in the book of Psalms, ‘LET HIS HOMESTEAD BE MADE DESOLATE, AND LET NO ONE DWELL IN IT’; and, ‘LET ANOTHER MAN TAKE HIS OFFICE.'[/quote]

What do we learn from these passages?  We see that Judas’ sin wasn’t killing himself, it was his betrayal of Jesus.  Our misconception and construed memory of the record of these events leads us to believe that Judas’ condemnation was a result of his suicide, but in fact it was because of his involvement in Jesus’ death.  We can see, however, that although it doesn’t say Judas is condemned for killing himself, we do know that murder is a sin, which keeps us from the presence of God and therefore is condemnable by eternal separation from Him.  So then, we return to the question, but this time receive a more profound and spiritual answer.

The clearest passage from Scripture on this point is in 1 Peter 3, where Peter is explaining the coverage of Jesus’ sacrifice and what it means for sinners:

[quote]18 For Christ also died for sins once for all, the just for the unjust, so that He might bring us to God, having been put to death in the flesh, but made alive in the spirit; 19 in which also He went and made proclamation to the spirits now in prison, 20 who once were disobedient, when the patience of God kept waiting in the days of Noah, during the construction of the ark, in which a few, that is, eight persons, were brought safely through the water. 21 Corresponding to that, baptism now saves you-not the removal of dirt from the flesh, but an appeal to God for a good conscience -through the resurrection of Jesus Christ, 22 who is at the right hand of God, having gone into heaven, after angels and authorities and powers had been subjected to Him. [/quote]

Jesus’ sacrifice doesn’t just cover the sins of those who sinned after he was resurrected; it covers all sins throughout eternity.  The key is repentance: the sacrifice covers all sins but we receive that payment through the act of repentance.  We could argue Judas’ troubled conscience indicates his repentance or that it reveals his guilt and shame and could not bear it so he killed himself.  This, however, does not necessarily answer the question in regards to Robin Williams’ apparent suicide.  As we have seen, Judas’ sin was his betrayal, not his suicide.  Furthermore, we know that there is no sin that Jesus’ blood cannot atone for.  So then, if Robin Williams was a believer in Jesus as the Christ for the forgiveness of sins, he is not condemned to eternity apart from God because if so, then that would signify sin’s victory over Christ (something which is impossible because Christ claimed victory over sin).  This is clearly explained in the Apostle Paul’s explanation of salvation in Romans 8:

[quote]1 Therefore there is now no condemnation for those who are in Christ Jesus. 2 For the law of the Spirit of life in Christ Jesus has set you free from the law of sin and of death. 3 For what the Law could not do, weak as it was through the flesh, God did: sending His own Son in the likeness of sinful flesh and as an offering for sin, He condemned sin in the flesh, 4 so that the requirement of the Law might be fulfilled in us, who do not walk according to the flesh but according to the Spirit.[/quote]

The question then, in regards to Robin Williams, does not lie in “where did he go as a result of his suicide,” but “where did he go as a result of his overall relationship with God reconciled through Christ?”  Too often we let the media guide our thought processes which are fueled by what we have been led to believe instead of taking the time and putting forth the energy to see for ourselves what is written.  This is why I started this blog years ago; as a way to intimately study what the bible says and apply it to our lives as it was intended, not as man has dictated over time.

Suicide does not condemn us to hell if we are in Christ.  It prevents us from fully living the life God has created us for.  On that note, instead of arguing doctrine and pointing fingers as to who should have done what when everything is too late anyway, how about we share the love and grace and mercy of Christ by keeping Robin’s family in our prayers for peace and comfort during this difficult time.  Yes, this should raise awareness of suicide prevention and depression (I think he would appreciate that).  But let’s stop asking the wrong questions and start making the right choices to seek first God’s Kingdom and ask Him how we can positively affect the world around us to make it a better place for others today.  Don’t be a part of the problem, be a part of the solution.