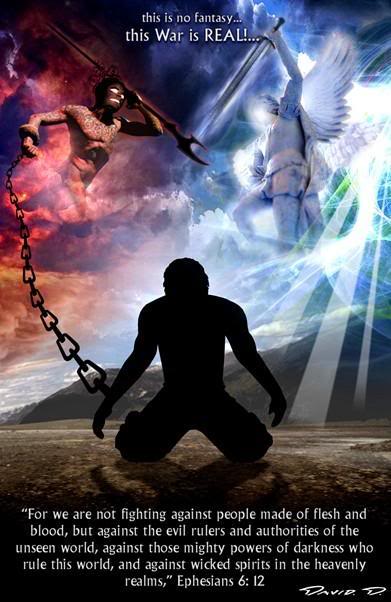 As Paul concludes his letter in the next 2 chapters, he shifts his focus.  The heading in my bible (something I try to be wary of) says this is Paul’s defense of his spiritual authority as an Apostle.  However, I’d like to take a different look at it from the perspective of who we are in Christ and what it means to live in the Kingdom of God.

10 Now I, Paul, myself urge you by the meekness and gentleness of Christ—I who am meek when face to face with you, but bold toward you when absent! 2 I ask that when I am present I need not be bold with the confidence with which I propose to be courageous against some, who regard us as if we walked according to the flesh. 3 For though we walk in the flesh, we do not war according to the flesh, 4 for the weapons of our warfare are not of the flesh, but divinely powerful for the destruction of fortresses.

We must constantly remember that we are privy and subject to the spiritual realm and our eyes have been opened to it and that the way we do business is different than we are used to.  It’s like joining the military and having a different way of life.  There is a different set of laws, different uniforms, different lingo, and a different hierarchy.  Things operate differently even though military folk still have to function in the civilian world.  Actually, military members are subject to both sets of laws and functions: civilian and military.  It is the same with the Kingdom of God.  We are subject to the laws of our country and state but also of God.

Things don’t work in the spiritual realm the way they do in the physical just as they don’t work in the military world as they do in civilian life.  The unbelieving world doesn’t understand this concept.  Our old minds don’t understand this concept.  Paul mentions the unbelievers he comes in contact with who regard us as if we walked according to the flesh.  Prayer doesn’t make sense to someone who doesn’t think there is anyone to pray to, does it?  My pastor always preaches that in God’s Kingdom, the way to victory is surrender.  This makes absolutely no sense in the physical realm.  Even in the military, the word surrender is always followed by the angry shout of “NEVER!”  However it is our surrender to God’s authority that sets us free.  It is our surrender of our pride and struggles to Him that gives us victory in our lives.

Paul’s point in his first 2 verses here is that since the Corinthians and himself are followers of Christ (ie those who understand the realm of God), that he shouldn’t have to focus so much on being bold and courageous with them, but rather in the fight against the spirits and principalities of the world.  “The greatest trick the devil ever pulled was to convince the world that he does not exist.”  If we ignore the existence of the spiritual realm, the enemy already won.  What good is an army that doesn’t even know they are at war?