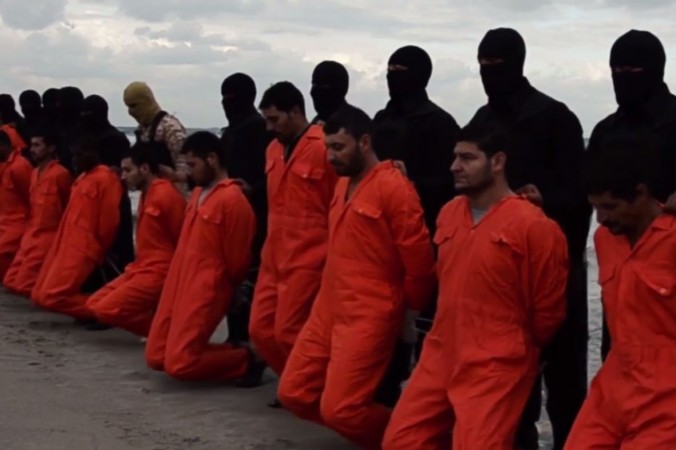 Matthew 10:16-23
16 “Behold, I send you out as sheep in the midst of wolves; so be shrewd as serpents and innocent as doves. 17 “But beware of men, for they will hand you over to the courts and scourge you in their synagogues; 18 and you will even be brought before governors and kings for My sake, as a testimony to them and to the Gentiles. 19 “But when they hand you over, do not worry about how or what you are to say; for it will be given you in that hour what you are to say. 20 “For it is not you who speak, but it is the Spirit of your Father who speaks in you. 21 “Brother will betray brother to death, and a father his child; and children will rise up against parents and cause them to be put to death. 22 “You will be hated by all because of My name, but it is the one who has endured to the end who will be saved. 23 “But whenever they persecute you in one city, flee to the next; for truly I say to you, you will not finish going through the cities of Israel until the Son of Man comes.

So, Jesus just got done telling His disciples to go out and heal the sick, raise the dead, cast out demons and preach, “the kingdom of heaven is at hand.” Sounds like a pretty neat gig, doesn’t it? They’ve watched Jesus do it a little bit and now He is charging them to do the same. Notice first that they didn’t get very much training. They heard His sermon on the mount where He flipped the colloquial religion on its head, touched a few “unclean” people to heal them, and even raised a little girl from the dead. Now He is saying, “ok guys, now go do the same thing I just did.” The previous passage talked about how to live from town to town and how to respond to those who refuse to give them a place to rest. Now Jesus is telling them that during this time of blessing others, they will be taken to court and whipped in the local religious establishments! “Don’t worry,” Jesus says, “God’s Spirit will be with you.”

This phrase is very confrontational to us. We smile, nod, and maybe even agree on the surface but do we truly believe that God’s Spirit is with us? Do we really rely on the Spirit of our Heavenly Father to speak for us or do we just keep quiet in fear? Jesus warns them that brothers, parents, and children will start killing each other because these men will be preaching God’s Good News! We will be hated because of the name Jesus Christ. Who’s on board? Who is ready to go out and do this? There was a lot of uproar a while back when videos were released of ISIS beheading Christians in Syria. Why? I can understand people who aren’t Christians and don’t crack open their bible to read these very clear words of Jesus, but why are mainstream Christians whining? Yes, it is tragic that the world has been persecuting others for race, religion, gender, and many other things. Is this wrong? Sure it is. But Jesus already told us it is going to happen. Families will turn on each other because of Jesus, so why are we complaining? It’s a sign of the truth of His prophecy we are reading today. When Jesus speaks, the truth is revealed.

Verses 22 and 23 are comforting to me. 22 brings to mind other passages in the bible that support this. The first is one we have already read in Matthew 5:

10 “Blessed are those who have been persecuted for the sake of righteousness, for theirs is the kingdom of heaven. 11 “Blessed are you when people insult you and persecute you, and falsely say all kinds of evil against you because of Me. 12 “Rejoice and be glad, for your reward in heaven is great; for in the same way they persecuted the prophets who were before you.

Jesus’ opening sermon teaches us that while the world might look at persecution as a bad thing, the heavenly oriented believer is blessed by being persecuted and should rejoice! We feel bad for the beheaded Christians in Syria. We mourn for their families. They rejoiced! Do you rejoice when you are cursed and treated badly, and insulted for your relationship with God? In Revelation 6, we see the multitude of believers who have been murdered during the great tribulation. I don’t plan on getting into eschatology discussions here because quite frankly, I believe it is a waste of time and distracts from the main point (haters comment all you’d like). We see here the restoration of the saints who were persecuted and slain for Jesus’ name. They no longer suffer and are actually the first ones released of all the believers that are “asleep” to be redeemed and reunited with Christ. They actually get preference over the chosen people of Israel! It is later that Israel is reunited with Christ and then those who are persecuted during the tribulation. The martyrs are the first of the redeemed to receive their inheritance as sons of God.

We say, “Poor martyrs” when Jesus says, “blessed martyrs”! Are you willing to put yourself in the line of fire so that some may be saved? Are you ready to lose your life so you may gain it? Jesus is just getting started on this point and will spend the rest of chapter 10 explaining this kingdom principle that makes absolutely no sense in worldly thinking but will revolutionize the way we operate if we will submit to it. Ask yourself: are you willing to go the distance for Christ? Do you mourn or rejoice when Christians are killed for their faith?

Now on to the second point in this passage. Jesus says that while we are blessed when we are persecuted, we shouldn’t just lie out on the streets and let them kill us like surrendering martyrs or purposely kill ourselves to receive our reward in heaven. This is a stark contrast to some other belief systems in the world and we should be careful to not fall into the trap of thinking that’s what true martyrdom is. Jesus tells His disciples that while we will be persecuted and even killed, we shouldn’t purposely walk into an ambush unless specifically guided by the Holy Spirit it to do so (the Apostle Paul was very keen on following the Spirit and everyone knew he was going to die once he got to Jerusalem, but this is what God purposed for him). Jesus said we must be shrewd and innocent. We must always be aware of what is going on around us as the world continues to plot against Christians but also make sure that we are guiltless. The only reason the world should want to take us out is because of the name of Jesus Christ, not because we did something stupid to offend others and start a fight. If we want to fight (I say this specifically for myself), then we should remember the words Paul wrote in Ephesians 6:

Our battle isn’t against court processions, being able to put a plastic baby Jesus in our front yard, or even being able to pray in schools. Our battle is against spiritual evil, not man’s reaction to your relationship with God. Nobody can take that away. If you want your kids to be able to pray in school, if you want the Ten Commandments up on your courthouse wall, if you want true religious freedom, then pray about it and work on your relationship with God! We have taken the easy route…yes I said the easy route…by fighting against man about spiritual things (I feel a rant coming on). Why do we put so much importance in what man says about our beliefs and complain to mere humans when we serve a God far more superior??? As my late grandfather would say, “I pity your god,” because we have completely diminished in our minds the true awesome and raw power of our Father who art in heaven. We ignore the power of Jesus Christ not only in the heavens but living in our very own souls. Ladies and gentlemen, the power of Jesus lives inside of us who have a relationship with Him: the very same power that cast out a legion of demons, that healed incurable diseases, and that RAISED PEOPLE FROM THE DEAD! Why are we writing newspaper columns and initiating court cases? We should use that time to fight the real battle, not the fake one that Satan is distracting us with. What will you really accomplish by complaining? In verse 23 above Jesus says we will continue preaching the arrival of God’s Kingdom here on earth until He returns. He hasn’t returned yet because we have taken a detour from our real mission. It’s not about you. It’s not about them. It’s about God the Father, period.