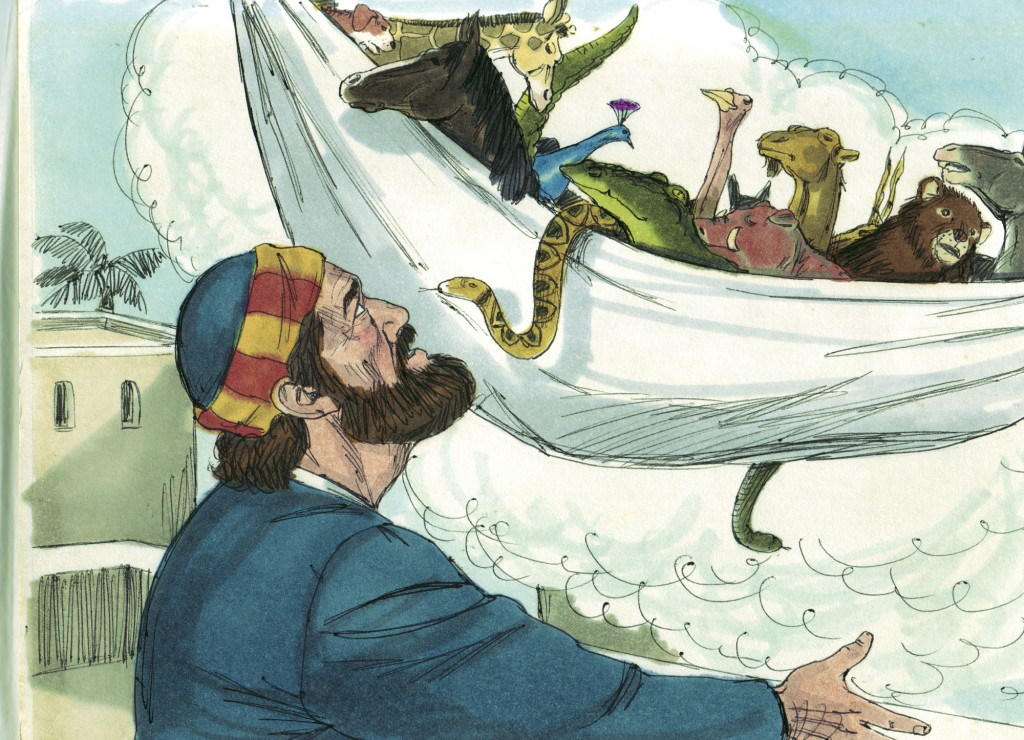 Acts 10:9-19 9 On the next day, as they were on their way and approaching the city, Peter went up on the housetop about the sixth hour to pray. 10 But he became hungry and was desiring to eat; but while they were making preparations, he fell into a trance; 11 and he saw the sky opened up, and an object like a great sheet coming down, lowered by four corners to the ground, 12 and there were in it all kinds of four-footed animals and crawling creatures of the earth and birds of the air. 13 A voice came to him, “Get up, Peter, kill and eat!” 14 But Peter said, “By no means, Lord, for I have never eaten anything unholy and unclean.” 15 Again a voice came to him a second time, “What God has cleansed, no longer consider unholy.” 16 This happened three times, and immediately the object was taken up into the sky. 17 Now while Peter was greatly perplexed in mind as to what the vision which he had seen might be, behold, the men who had been sent by Cornelius, having asked directions for Simon’s house, appeared at the gate; 18 and calling out, they were asking whether Simon, who was also called Peter, was staying there. 19 While Peter was reflecting on the vision, the Spirit said to him, “Behold, three men are looking for you. Usually this passage is used to defend the position of no longer needing to eat “kosher” food as a Jew or a Christian.  Yet this limits the scope of what God is trying to explain here.  Peter was a very zealous follower of Christ.  He was a very “all or nothing” guy that wanted Jesus to wash his whole body instead of just his feet at the last supper and even cut off a centurion’s ear when they took Jesus away to be judged (even though there were about 100 soldiers there).  His piety and devotion to God was full throttle and in most cases honorable, but it sometimes blinded him to the bigger picture. Do you notice that after God gives Peter this vision and message about not worrying if food is clean or unclean, he receives the invitation to join a semi-practicing Jew to share the Gospel with?  This wasn’t about food.  As we read about Cornelius, it seems he probably would have served a kosher meal as the Jewish tradition was the closest he had to go by as far as how to serve God.  The issue here is people.  Peter will figure this out by the time he arrives at Cornelius’ house.  But let us imagine how we would respond if God confronted us in the same way. Jesus offended the religious elite when He walked around touching the lame, sick, afflicted, and infected.  By Jewish custom and law, this made people unclean and there was an entire ritual process in place to make oneself “clean” again.  We don’t ever see record of Jesus taking this time after healing lepers and raising people from the dead.  God had commanded through Moses about uncleanliness and that a person who becomes unclean is to “be cut off from their people.”  Growing up in Jewish culture, all of the disciples including Peter had this mentality engrained in them.  Most boys were primed to be selected for the rabbinical order by the age of 12, so these things were pounded into their style of living.  These customs carried on and even Jesus, being a Jew and interacting with mostly Jews, probably observed many of the same things.  This is why the vision completely dumbfounded Peter.  We can see how difficult it was for Peter to grasp as the conversation took place three times before the vision ended and Peter continued to say, “by no means.” This is a practical lesson to help us overcome our own self-righteousness and purported holiness.  We can very easily fall into the trap of only focusing on the principle of being “set apart” and forget that being set apart isn’t about cleanliness or superiority, but to better serve others.  Jesus’ example of servant leadership showed us that being in a position of authority or honor isn’t about receiving glory or recognition, but to better serve others.  He calls us, as those set apart by Him, to use this power and authority bestowed by Him to serve others.  Notice all the miracles that Jesus performed and that the disciples performed.  They were done to serve others and bring glory to God.  Jesus Himself, who was God incarnate, used His position of authority and power to serve, not to command. Often we take the phrase “the least of these” and it changes our thinking to look down upon the people we are called to serve.  Let us recognize that this doesn’t mean that the people we serve are lesser than us, rather that society looks down upon them.  In Matthew 25 we see the explanation that Jesus gives and we realize that the folks he is talking about are the poor, hungry, and incarcerated.  They are the people that society looks down upon because of their physical circumstances and their past actions.  But Jesus calls us to a different level of thinking and acting.  As residents of the Kingdom of God, we are given a different view.  They aren’t the least; they are the greatest, for they have not been disillusioned by physical wealth or circumstance.  This is why James explains what pure religion is, because it sees what society does not: 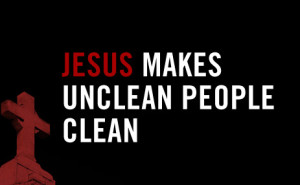