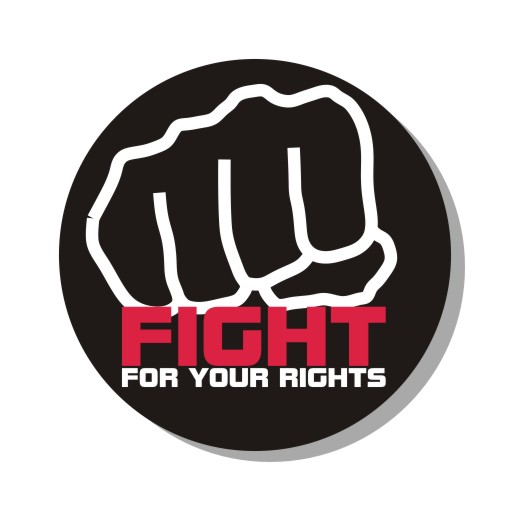 Acts 25:1-12
1 Three days after arriving in the province, Festus went up from Caesarea to Jerusalem, 2 where the chief priests and Jewish leaders appeared before him and presented the charges against Paul. 3 They urgently requested Festus, as a favor to them, to have Paul transferred to Jerusalem, for they were preparing an ambush to kill him along the way. 4 Festus answered, “Paul is being held at Caesarea, and I myself am going there soon. 5 Let some of your leaders come with me and press charges against the man there, if he has done anything wrong.” 6 After spending eight or ten days with them, he went down to Caesarea, and the next day he convened the court and ordered that Paul be brought before him. 7 When Paul appeared, the Jews who had come down from Jerusalem stood around him, bringing many serious charges against him, which they could not prove. 8 Then Paul made his defense: “I have done nothing wrong against the law of the Jews or against the temple or against Caesar.” 9 Festus, wishing to do the Jews a favor, said to Paul, “Are you willing to go up to Jerusalem and stand trial before me there on these charges?” 10 Paul answered: “I am now standing before Caesar’s court, where I ought to be tried. I have not done any wrong to the Jews, as you yourself know very well. 11 If, however, I am guilty of doing anything deserving death, I do not refuse to die. But if the charges brought against me by these Jews are not true, no one has the right to hand me over to them. I appeal to Caesar!” 12 After Festus had conferred with his council, he declared: “You have appealed to Caesar. To Caesar you will go!”

As the power in Caesarea changes, Paul seems to have to fight for his rights.  This is a good display of how we should conduct ourselves during persecution.  The past couple days we have talked about relying on God for His providence and accepting that the bolder we are in our faith, the more we will be hated.  But, this doesn’t mean we should just roll over and let them do whatever they want to us.  I think sometimes we take persecution to the other extreme, freely being persecuted because we think it makes us holy or shows that we are holy and within God’s will.  If anything, fighting for your rights in a righteous way paves the way for others who might later find themselves in a similar situation (ie fighting for those who otherwise cannot fight for themselves).  Paul was putting the government in a unique situation being a Roman citizen; he had more rights to fair prosecution than they anticipated.  He also knew the laws and how to proceed.

When it comes to the law and politics, many Americans are ignorant of how things work.  Not everyone votes and nobody complains about how people run things until after they are in office, not before.  We don’t take our own responsibility for the formation and regulation of our own governments then cry to anyone who will hear us when things don’t go our way.  I have fought alongside men, some of whom have died, who invested their lives in making sure the basic rights of human beings are not only established, but protected.  We totally waste the opportunities that have been procured for us either because we don’t care or we don’t know any better.  Our ignorance and laziness is not an excuse!

The Christian life is not one where we just lay down and die, it is one where we fight for what is right, no matter the cost.  In Matthew 5:39, Jesus is teaching in His famous Sermon on the Mount and drops this bomb:

But I say to you, do not resist an evil person; but whoever slaps you on your right cheek, turn the other to him also.

Below I have copied an excerpt about this verse from a bible commentary that seems to combine the various pieces of others I have looked at in this principle of fighting for justice versus the principle of non-resistance.

[quote]But I say unto you, resist not him that is evil. This command which enjoins non-resistance, like most of the other precepts of this sermon, does not demand of absolute, unqualified passivity at all times and under all circumstances. In fact, we may say generally of the whole sermon on the mount that it is not a code for slaves, but an assertion of principles which are to be interpreted and applied by the children of freedom. We are to submit to evil for principle’s sake and to accomplish spiritual victories, and not in an abject, servile spirit as blind followers of a harsh and exacting law. On the contrary, taking the principle, we judge when and how to apply it as best we can.  Absolute non-resistance may so far encourage crime as to become a sin. As in the case of the precept about swearing just above, Jesus distributes the universal prohibition by the specification of certain examples, which in this case are three in number.
But whosoever smiteth thee on thy right cheek, turn to him the other also. This first example is taken from the realm of physical violence. The example given, a slap in the face, has been regarded as a gross insult in all ages, but it is not an assault which imperils life. We find this precept illustrated by the conduct of the Master himself. He did not literally turn the other cheek to be smitten, but breathed forth a mild and gentle reproof where he might have avenged himself by the sudden death of his adversary (John 18:22 John 18:23). The example of Paul also is given, but it is not so perfect as that of the Master (Acts 23:2-5). Self-preservation is a law of God giving rights which, under most circumstances, a Christian can claim. He may resist the robber, the assassin and all men of that ilk, and may protect his person and his possessions against the assaults of the violent and lawless (Acts 16:35-39). But when the honor of Christ and the salvation of man demands it, he should observe this commandment even unto the very letter.[/quote]

I don’t know about you, but until I read this, I was pretty much only thinking about this on the physical level.  We must never forget that the principles we learn from the bible are not physical ones, but spiritual.  Now, we can better look at this perspective of fighting for our rights while at the same time not being vengeful.  Let’s go back to Paul’s words in Acts.  He is utilizing his rights as a citizen to pursue his case and defend himself.  He isn’t just rolling over or saying he is guilty of something he is not.  He didn’t say, “Ok sure, you guys got me, do what you will,” he said, “If you have legitimate charges against me, bring them on.  I will not deny any wrongdoing (seeking righteousness above all else) but if you do not have a case before me, I will continue to fight against the injustice laid against me.”

Let us not be deceived that standing up for our rights or the rights of others is the non-Christian thing to do.  On the contrary, fighting for justice and truth is exactly what Christ calls us to do; it is what He did and exposed those who were not.  It is vengeance carried out by anger and fear that we are not to do.  Our motives should be fueled by righteousness and virtue and the pursuit of God’s freedom from sinfulness.  Let us not, however, fight for those rights in a sinful way.  May we always keep our eyes on Christ and seek His will in all things.  He has the bigger picture and knows where the pieces must be moved so let’s not forget to ask Him first what He would have us do.