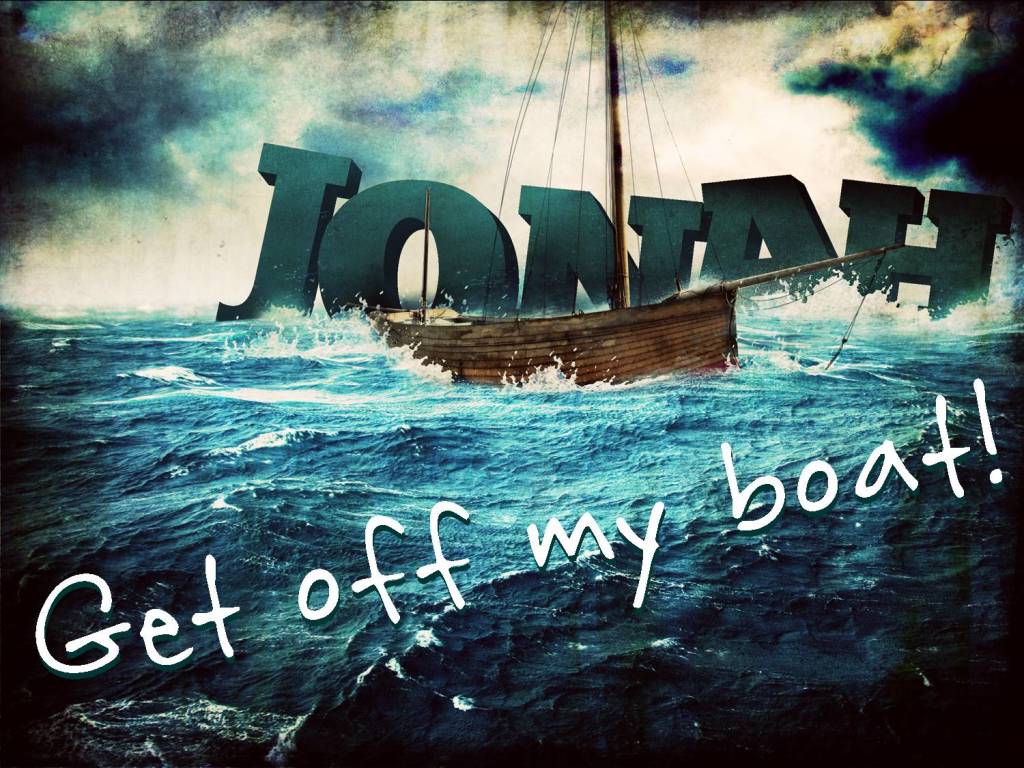 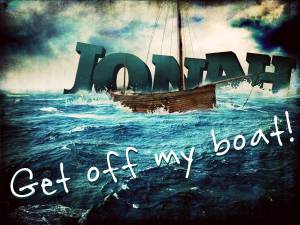 Jonah 1:11-16
11 So they said to him, “What should we do to you that the sea may become calm for us?”-for the sea was becoming increasingly stormy. 12 He said to them, “Pick me up and throw me into the sea. Then the sea will become calm for you, for I know that on account of me this great storm has come upon you.” 13 However, the men rowed desperately to return to land but they could not, for the sea was becoming even stormier against them. 14 Then they called on the LORD and said, “We earnestly pray, O LORD, do not let us perish on account of this man’s life and do not put innocent blood on us; for You, O LORD, have done as You have pleased.” 15 So they picked up Jonah, threw him into the sea, and the sea stopped its raging. 16 Then the men feared the LORD greatly, and they offered a sacrifice to the LORD and made vows.

There is a verse in Romans 8 that many people remember for times of trouble:

26 In the same way the Spirit also helps our weakness; for we do not know how to pray as we should, but the Spirit Himself intercedes for us with groanings too deep for words; 27 and He who searches the hearts knows what the mind of the Spirit is, because He intercedes for the saints according to the will of God. 28 And we know that God causes all things to work together for good to those who love God, to those who are called according to His purpose.

Generally, we only refer to verse 28, but as we can see, the Holy Spirit works in and upon us in accordance with His good will. It is at this point we recognize that God used Jonah’s disobedience to reveal His sovereignty. Did He call upon Jonah to go to Nineveh knowing he would flee and take this boat? If we recognize God’s complete control over everything then the answer is not only yes, but we can take it one step further to say that God called Jonah to go not just for the salvation of Nineveh, but also the men on this boat! Too often we diminish God’s sovereignty and how He orchestrates things in and through us. We limit His sovereignty in our minds to only what we could possibly orchestrate in our own lives.

At this point, Jonah finally took responsibility for his own actions and disobedience. We can liken it to when an entire class of students gets punished for something one student did and the teacher is trying to draw out the guilty party. We are ok with taking our own punishment because we recognize that we deserve it, but when others are affected, our guilt weighs on us too much and we generally fess up to our wrongs so that others don’t have to suffer for our disobedience. Some of you might be wondering, “but why did God put the lives of others at risk just to make a point?” Again, He was completely in control the whole time. The crew might have thought they were going to die, but they weren’t and they didn’t. As Jonah took responsibility for his actions, God was glorified.

We saw earlier that each man prayed to his own god, looking for mercy from whoever was willing to give it. They recognized, once the storm calmed, the great power of the Lord Almighty. They recognized His sovereignty and genuinely feared Him. It was Jonah’s sacrifice to jump off the boat that led to the salvation of these men. So what then, does that mean for us? We will see soon what happens once Jonah puts aside his own feelings for Nineveh and sacrifices his own desire for that of God’s. Sometimes God has to take us to a place where we recognize that self sacrifice is the only way we can comply with God’s will. This is why Jesus said in Matthew 16:

24 Then Jesus said to His disciples, “If anyone wishes to come after Me, he must deny himself, and take up his cross and follow Me. 25 “For whoever wishes to save his life will lose it; but whoever loses his life for My sake will find it.

Our cross isn’t a burden we must bear every day, it is the device by which we die to ourselves so we can live freely within God’s will! We constantly reference this verse and mourn our cross as a daily burden when we should be celebrating the freedom and calmness it brings in our life! Jonah’s cross was to be obedient and go to Nineveh, forsaking his own will and complying with God’s. How is God calling you to deny yourself today and follow Him?