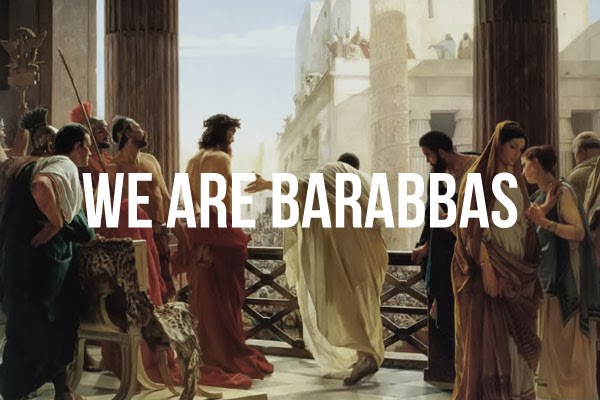 Matthew 27:15-26
15 Now at the feast the governor was accustomed to release for the people any one prisoner whom they wanted. 16 At that time they were holding a notorious prisoner, called Barabbas. 17 So when the people gathered together, Pilate said to them, “Whom do you want me to release for you? Barabbas, or Jesus who is called Christ?” 18 For he knew that because of envy they had handed Him over. 19 While he was sitting on the judgment seat, his wife sent him a message, saying, “Have nothing to do with that righteous Man; for last night I suffered greatly in a dream because of Him.” 20 But the chief priests and the elders persuaded the crowds to ask for Barabbas and to put Jesus to death. 21 But the governor said to them, “Which of the two do you want me to release for you?” And they said, “Barabbas.” 22 Pilate said to them, “Then what shall I do with Jesus who is called Christ?” They all said, “Crucify Him!” 23 And he said, “Why, what evil has He done?” But they kept shouting all the more, saying, “Crucify Him!” 24 When Pilate saw that he was accomplishing nothing, but rather that a riot was starting, he took water and washed his hands in front of the crowd, saying, “I am innocent of this Man’s blood; see to that yourselves.” 25 And all the people said, “His blood shall be on us and on our children!” 26 Then he released Barabbas for them; but after having Jesus scourged, he handed Him over to be crucified.

We are Barabbas.  We are the guilty, habitual criminal that continues to sin but gets released on account of Jesus.  We are the ones who deserve death but Jesus took it for us. We are the ones sitting in the judgment seat being convicted of a crime punishable by death.  The verdict has been reached and the punishment decreed.  Then this innocent man steps forward and says, “I’ll take that punishment.  You are free to go.”  Given the words in this part of the story, we might not think it happened the way I just described but we may have forgotten what happened earlier upon Jesus’ arrest.  He said, “I Am” and the whole platoon of soldiers fell to their knees.  Jesus could have done the same to this crowd, but instead He faced it with humility and submission to God’s will.

On the other side we see a conflicted leader who is trying to be fair but also keep his job.  Notice how those in charge really weren’t keen on killing Jesus, but were more keen on saving themselves than doing the “right thing”.  Pilate’s wife even warned him about not being guilty for Jesus’ death (although in the end, he was).  Then he did the representative hand washing that signifies that he wasn’t taking the blame for Jesus’ death, but just appeasing the crowd.  This means that Jesus’ blood indeed was on his hands, he just didn’t want to admit it.  He worked hard to make sure the “blame” was cast on the Jews demanding Jesus’ death and not his own conscience.  The scene ends in irony when the crowd says that His blood shall be upon them and their children.  Indeed, Jesus’ blood was poured out for all of us. 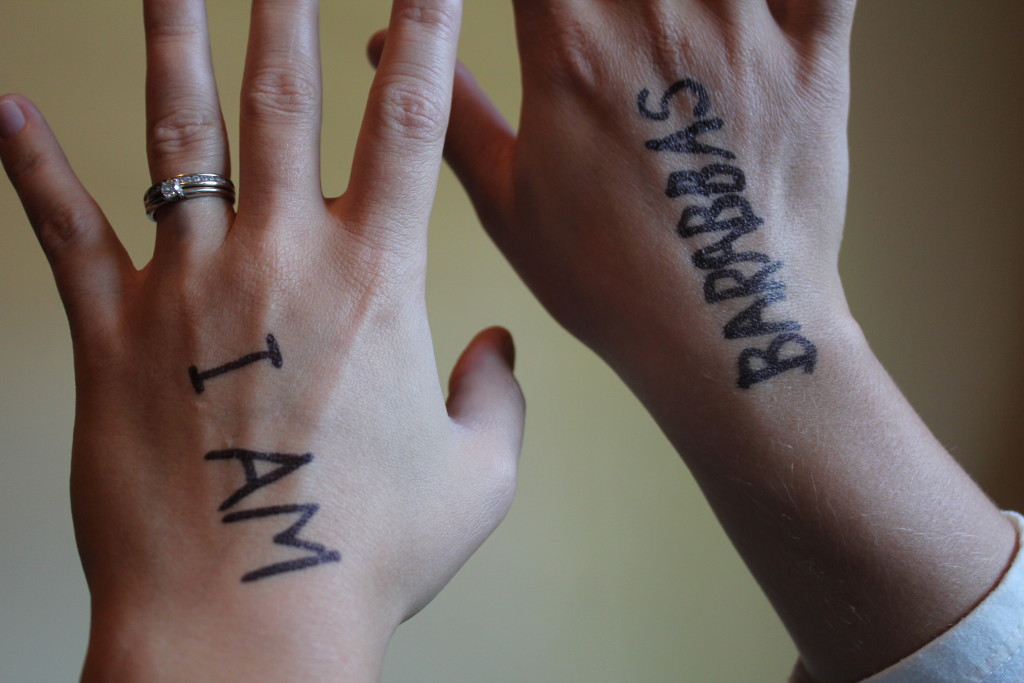 How do we respond to Jesus’ innocence?  Do we reject it like the crowd?  Does it scare us like it did Pilate’s wife?  Does it confound us like Pilate?  Or, does it set us free like Barabbas?  All of the scriptures point to the importance of Jesus’ innocence in relation to being the ultimate sacrifice for us and our sins.  I suppose first we have to recognize the need for a sacrifice; but once we do, how do we respond?  In Isaiah 1 we read his first vision from the Lord, rebuking Israel and their sinful corruption:

15 “So when you spread out your hands in prayer, I will hide My eyes from you; Yes, even though you multiply prayers, I will not listen. Your hands are covered with blood. 16 “Wash yourselves, make yourselves clean; Remove the evil of your deeds from My sight. Cease to do evil, 17 Learn to do good; Seek justice, Reprove the ruthless, Defend the orphan, Plead for the widow. 18 “Come now, and let us reason together,” Says the LORD, “Though your sins are as scarlet, They will be as white as snow; Though they are red like crimson, They will be like wool. 19 “If you consent and obey, You will eat the best of the land; 20 “But if you refuse and rebel, You will be devoured by the sword.” Truly, the mouth of the LORD has spoken.

These words are pretty harsh, wouldn’t you say?  Yet it is God’s love that is revealed in these words.  Our sinfulness destroys us and breaks our relationship with God.  He tells us that He has a way to make us whole and pure again.  The imagery of blood on white robes gives us an idea of how deep our sin stains us and makes us impure and unfit to be in God’s presence (for if we could be in His presence in an impure way, then He wouldn’t really be God, would He?).  But He tells us that despite the deep stains of sinful blood on us, He will make us pure again.  Once He does, we will once again have the power and ability to remain pure in His sight, as long as we obey Him and then our lives will be joyful once more.  So us, as Barabbas, not only get set free from our punishment, but our record gets wiped clean and we are once again as a law abiding citizen free to do what we please as long as it falls within the guidelines of the law.  This is what Jesus offers us.  How will you respond to it?