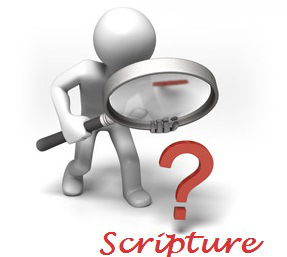 Acts 17:1-11
1 Now when they had traveled through Amphipolis and Apollonia, they came to Thessalonica, where there was a synagogue of the Jews. 2 And according to Paul’s custom, he went to them, and for three Sabbaths reasoned with them from the Scriptures, 3 explaining and giving evidence that the Christ had to suffer and rise again from the dead, and saying, “This Jesus whom I am proclaiming to you is the Christ.” 4 And some of them were persuaded and joined Paul and Silas, along with a large number of the God-fearing Greeks and a number of the leading women. 5 But the Jews, becoming jealous and taking along some wicked men from the market place, formed a mob and set the city in an uproar; and attacking the house of Jason, they were seeking to bring them out to the people. 6 When they did not find them, they began dragging Jason and some brethren before the city authorities, shouting, “These men who have upset the world have come here also; 7 and Jason has welcomed them, and they all act contrary to the decrees of Caesar, saying that there is another king, Jesus.” 8 They stirred up the crowd and the city authorities who heard these things. 9 And when they had received a pledge from Jason and the others, they released them. 10 The brethren immediately sent Paul and Silas away by night to Berea, and when they arrived, they went into the synagogue of the Jews. 11 Now these were more noble-minded than those in Thessalonica, for they received the word with great eagerness, examining the Scriptures daily to see whether these things were so.

A topic I have discussed a lot in my posts is challenging our beliefs.  If we truly are seeking the truth in life (not just physically speaking but spiritually as well), we must put ourselves in a vulnerable position that opens us up to discover that our current core beliefs could be wrong.  This is the only way to get closer to discovering truth.  Beliefs are important to us as humans.  They are what drive us and help us make our decisions moment by moment.  If you truly believe something, you will act upon it; if you don’t, you won’t.  The only reason you turn the key in your ignition to go to work in the morning is because you believe it will start.  Some folks have less faith their car will start, but they have enough faith and hope to at least try it.

The interesting part of this passage is that the difficulty Paul had was in Thessalonica, the church to which he wrote two letters that are included in the Scriptures.  We see here Paul only witnessing a select few whose eyes were opened to the Gospel message.  Yet, when we read the introduction to his first letter to them, we see a completely different perspective:

1 Paul and Silvanus and Timothy, To the church of the Thessalonians in God the Father and the Lord Jesus Christ: Grace to you and peace. 2 We give thanks to God always for all of you, making mention of you in our prayers; 3 constantly bearing in mind your work of faith and labor of love and steadfastness of hope in our Lord Jesus Christ in the presence of our God and Father, 4 knowing, brethren beloved by God, His choice of you; 5 for our gospel did not come to you in word only, but also in power and in the Holy Spirit and with full conviction; just as you know what kind of men we proved to be among you for your sake.

Again, we can see directly that conversion is not up to us, but the Holy Spirit of God.  Paul walked away from the Thessalonians with just a few believing in the words he had spoke and later Paul writes to them praising God for their work of faith, labor of love, and steadfastness of hope in Jesus (whome they not too much earlier rejected as the Christ).  In his first interaction with these folks, they ran him out of town!  So, we surely cannot say that Paul was the one who convinced them to believe.

We also can see here how religion is a stumbling block to belief.  The Jews’ beliefs were challenged and therefore their minds were shut off (and subsequently their hearts) to hear and understand the message Paul was sharing.  Paul’s methods were to use the ancient scriptures, which the Jews held fast to, in order to explain how Jesus was the Christ that was foretold.  Yet their self-righteous religiosity and close-minded worldliness blinded them to the truth that Paul was sharing.  This is a result of not entirely wanting to learn the truth, but clinging to what they knew for fear of the unknown.  What happens when we learn that our core beliefs aren’t the whole truth or even far from the truth?  Some claim to seek the truth but refuse to utilize the different perspective they have been offered.

This doesn’t give “Christians” a free pass from exhortation.  In fact, supposed followers of Christ are even worse, because we don’t have an excuse.  How can we read the Scriptures that tell us about this band of brothers walking around unleashing heaven upon earth and all we do is go to church on Sundays and read about it?  Why aren’t the same things happening today?  Our religiosity has become a stumbling block.  We are constantly challenged by what has been recorded in Scripture but refuse to put it to use. We cling to what we currently know and have been taught as core truth and refuse to challenge it. We’ve gotten so used to and comfortable with turning the key every morning even though we have been told we can fly.  We think about it, we talk about it, we study it, but we never put it to practice because of our fear of what will happen.  How can we better experience the fullness of God in our lives?  Luke gives us the key in verse 11:

Now these were more noble-minded than those in Thessalonica, for they received the word with great eagerness, examining the Scriptures daily to see whether these things were so.

The phrase “noble-minded” refers to the people being wise and educated.  This isn’t to single out those with a lower education or IQ, rather that they were wise in that they examined the Scriptures on a regular basis and put what they read to the test in order to discover the truth in them.  People argue that the bible is written and assembled by men with ulterior motives, how can others believe in such a thing?  The answer is in this verse.  By putting the Scriptures to the test, we get to see if they are reliable or not, regardless of who wrote it or assembled it.  Humans are fallible, yes, but the logic behind not believing one word because it was “written by man,” completely misses the notion that it was “inspired by God’s Holy Spirit.”  How do we know it was?  We put it to the test!  Does a thief steal everything he owns?  Does a liar never tell the truth?  Does a murderer only kill life?  No, it is a ridiculous notion and if the men who physically penned the Scriptures, even though fully human, were truly seeking God’s core truths of existence, then who are we to negate the truthfulness in what they wrote unless we test it.  After all, this is how we have come to live in our untrustworthiness of anyone today.  If we are constantly checking and challenging the truthfulness of others, why do we not do the same with Scripture?