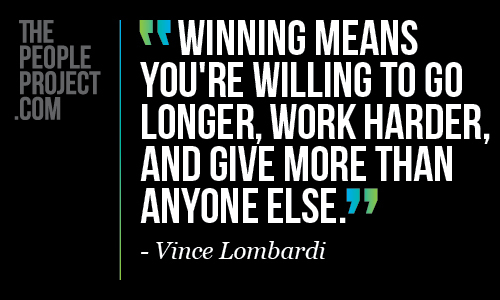 Acts 16:1-5
1 Paul came also to Derbe and to Lystra. And a disciple was there, named Timothy, the son of a Jewish woman who was a believer, but his father was a Greek, 2 and he was well spoken of by the brethren who were in Lystra and Iconium. 3 Paul wanted this man to go with him; and he took him and circumcised him because of the Jews who were in those parts, for they all knew that his father was a Greek. 4 Now while they were passing through the cities, they were delivering the decrees which had been decided upon by the apostles and elders who were in Jerusalem, for them to observe. 5 So the churches were being strengthened in the faith, and were increasing in number daily.

Although subtle, this passage seems to be a culmination of what we have been reading the past few days in regards to what we should and shouldn’t do or obligate believers to do in regards to our relationship with God through Jesus Christ.  This also happens to be where Paul meets Timothy and take him under his wing to encourage him and help him mature in the faith.  The event in verse 3, Paul circumcising Timothy, seems a bit ridiculous, doesn’t it?  I mean, when it comes down to it, how many will really know he is circumcised?  Yet, as we remember from 1 Corinthians 9:19, Paul started Timothy’s apprenticeship at full speed:

For though I am free from all men, I have made myself a slave to all, so that I may win more.

Paul circumcised Timothy so as to have an open ear from the Jews in the areas they were going to preach.  Timothy was obviously a believer in Christ.  His mother, a converted Jew, was also a believer.  However because his father was Greek, he was never circumcised on the 8th day of life as was customary.  Those in his neighborhood and possibly surrounding areas knew this and therefore wouldn’t give much credence to his words even if he were a believer.  On a personal level, I think this was also a good sign of commitment from Timothy.  We just read that circumcision was not a requirement to be a disciple.  Already a believer although uncircumcised, he was “fine” right where he was in life.  However God had bigger plans for him.  He was already a follower of Christ and had most likely been baptized, but was asked to sacrifice more for the purpose God had for Him.  Imagine that conversation between Timothy and Paul:

“Hey, I want you to be my apprentice and travel with me teaching the Word of Jesus and starting new churches.”
“Sounds great, where do I sign up?”
“Well, you have to sign up by being circumcised because where we are going, it will be necessary to reach those who need to hear the Gospel.”
“Let me think about it…”

When we reach the point of salvation and cross that threshold, it is just the beginning.  Many times Jesus said we have to sacrifice ourselves to follow Him and obey His will and purpose for our lives.  As Dietrich Bonhoeffer said, “When Jesus said, ‘come, follow me,’ He bid that man to come and die.”  In Romans 12, we read a profound message from Paul that explains this concept:

Our death is not a physical one, but a spiritual, emotional, and mental one.  We are to sacrifice ourselves for the glory of God.  The physical death Jesus already took care of so that we could die in these other ways.  The power of the Holy Spirit gives us the freedom to let go.  We have the freedom to let go of our culture, our upbringing, our family ties, our past hurts, our distrust in others, our desire to do it all on our own, and much more!  We might see Timothy’s adult circumcision, especially us men, as a grave sacrifice of pain and humility, but this was just the start for his journey of transformation!  In our humanity we see pain and suffering, even for a little while, as something that we need to hurry up and get over with.  As followers of Christ, we see it as a way to honor God and bring Him glory.  Timothy didn’t get circumcised because Paul told him to; he did it because God told him to die to himself and fulfill the purpose set out for him.  What happened as a result?

The churches were strengthened in faith and increased in number.  The “decrees” that Luke records Paul and Timothy teaching to observe is the short note written by the apostles in Acts 15:23-29.  I discussed this in Why We Need God.  This is the general purpose for which Christ saved us: to tell others what He has done for us.  The growth and strengthening of churches is representative of others hearing the Gospel and responding under the authority of God.  In other words, we are saved in order to carry the message of salvation to others.  This is why our lives as disciples of Christ is more than going to church on Sundays and putting a fish sticker on our bumpers.  “It is about living in a way worth questioning and when asked giving the apt response.” (John Dickson)

So then, the question isn’t “how much are you willing to sacrifice” rather it is “are you willing to follow Christ regardless of the cost?”  He wants all of us, not parts of us.  99.99% does not fulfill His purpose for our new lives in Him and if that is all we will give, we might as not put forth the effort at all.  Granted, it is a process of letting go, it doesn’t happen all in one day.  But, if we are unwilling to let something go for the Cause of Christ, then we must ask Him for the strength to do so.  This is what He requires of us as His followers.  This is what He empowers us to do with His Spirit in us.  This is the purpose of God.