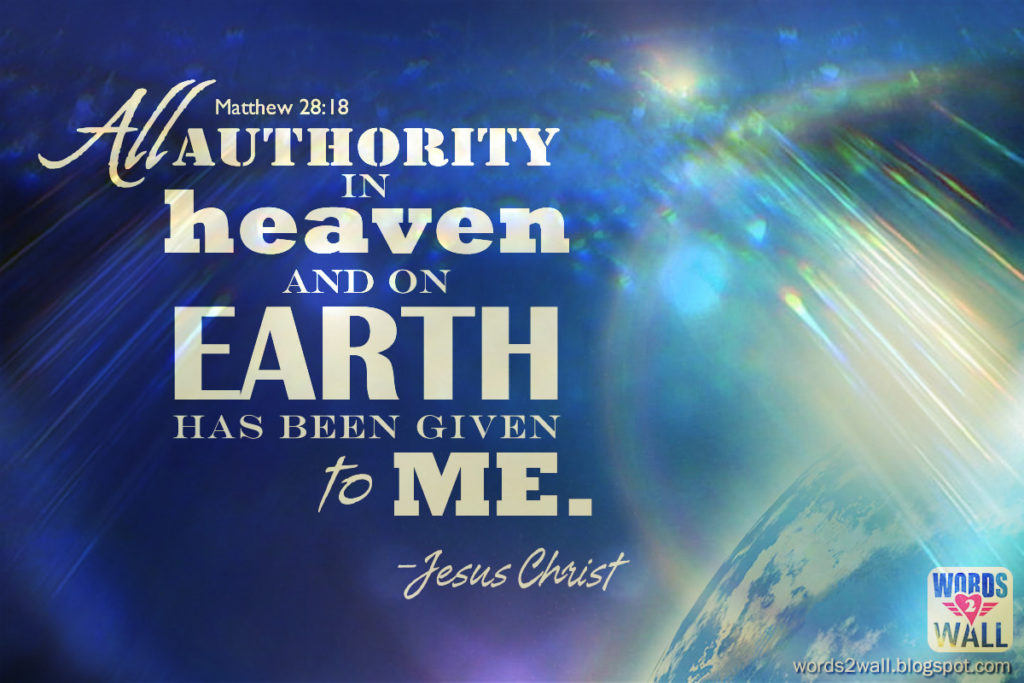 And Jesus came up and spoke to them, saying, “All authority has been given to Me in heaven and on earth. “Go therefore…

I think that too often we focus more on the disciple making part of the passage and not the authority part.  The reason I can say this confidently is that most Christians today don’t consider enough the authority that Christ has bestowed upon us.  Through His Kingdom we are given this authority to “go therefore.”  Jesus reclaimed the authority of His Kingdom on earth as it is in heaven and then gifted it to us, to operate and nurture and grow His Kingdom here.  The original Greek word is exousia which we translate into “authority” and while the majority of us get the gist of the meaning, I think it is important for us to truly understand what it means:

Now, anyone who has looked at the least bit into some mainstream Christian movements can identify certain denominations or even professed Christian leaders that take this to the extreme.  Some folks sling the “authority of God” or the “authority bestowed upon us” to do some ridiculous stuff.  The best way for us to discern if it is real or biblical or not is to investigate to what ends the person is doing so.  Are they glorifying God?  Are they making a show or truly expanding the Kingdom?  These questions can start us down a path not only of discernment but also understanding more personally the authority that Jesus has given us.  It is the original authority that God gave us in the Garden of Eden.  To look at this more in depth, check out Overcome which discusses the importance of Jesus’ time in the tomb.

If you look at the 4th definition of “authority” we see the direct purpose of what Jesus is saying in verse 18 and 19.  It is not that Jesus as God didn’t have authority over all creation before (He clearly demonstrated that throughout His ministry) but that through His sacrifice He could bestow the authority of His Kingdom upon us so we can be agents of His Kingdom.  As John Gill explains:

but now he was declared, and made manifest, to be both Lord and Christ; he had “all” power and authority for the settling the affairs of his church and kingdom, to appoint offices and officers in it, and, to bestow gifts upon men, to qualify them for the same, and to institute ordinances to be observed till his second coming

So then, now that we have been given that authority, what are we doing with it?  Are we letting it go to waste or are we acting in a manner that is truly expanding the Kingdom?  Do we take this authority for granted just like Adam and Eve did and instead seek our own desires and worldly lusts or are we operating in the way we were designed to operate?  The enemy does not want us to operate as if Jesus has overcome the world because then his kingdom will cease to exist.  Jesus has given us the authority of His Kingdom 2,000 years ago and we are still allowing Satan to operate and rule in our lives.  Why?