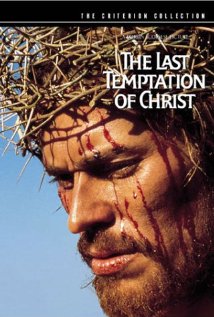 Mark 15:21-32
22 Then they brought Him to the place Golgotha, which is translated, Place of a Skull. 23 They tried to give Him wine mixed with myrrh; but He did not take it. 24 And they crucified Him, and divided up His garments among themselves, casting lots for them to decide what each man should take. 25 It was the third hour when they crucified Him. 26 The inscription of the charge against Him read, “THE KING OF THE JEWS.” 27 They crucified two robbers with Him, one on His right and one on His left. 28 [And the Scripture was fulfilled which says, “And He was numbered with transgressors.”] 29 Those passing by were hurling abuse at Him, wagging their heads, and saying, “Ha! You who are going to destroy the temple and rebuild it in three days, 30 save Yourself, and come down from the cross!” 31 In the same way the chief priests also, along with the scribes, were mocking Him among themselves and saying, “He saved others; He cannot save Himself. 32 “Let this Christ, the King of Israel, now come down from the cross, so that we may see and believe!” Those who were crucified with Him were also insulting Him.

There is a movie which I have heard a lot about that I have yet to see called “The Last Temptation of Christ“. The movie is about what would have happened if Jesus stepped down from the cross in this very moment. Think about it: how many of us, in all sincerity, would go through this and in the end say, “you know what? Screw it!” and get down? The interesting thing is that none of us would because God wouldn’t put us in that position if we couldn’t handle it!

We discussed earlier the importance of staying connected with God. Jesus exemplified what it looked like to stay connected with our Heavenly Father. In Luke 16, Jesus explains a very crucial but often overlooked principle of living in the Kingdom of God:

This isn’t to say we must earn God’s trust, He already knows when we will and will not be faithful. Rather, we need to learn how to be trustworthy. If you entrusted someone with $10 to keep for you and maybe even make you a profit and they cam back to you with less money, would you then give them $100? God doesn’t give us more if we can’t be faithful with a little, either. Jesus was entrusted with dying for the world’s sins because God knew He would be faithful with that position. This is why James says that we should take pleasure in having our faith tested, because it makes us more faithful and ready to take on bigger tasks that God has for us:

Consider it all joy, my brethren, when you encounter various trials, 3 knowing that the testing of your faith produces endurance. 4 And let endurance have its perfect result, so that you may be perfect and complete, lacking in nothing.

As we grow in faith, the temptations no longer have as much power over us. Jesus went into the wilderness to be tempted for 40 days. He continually was tested by society’s religious elite. As He hung on the cross, He had the perfect opportunity to prove Himself as the King, but he was wiser than those hurling insults at Him. This, as it seems to us, is probably the biggest temptation Jesus faced. Resisting it resulted in something amazing. So think of this: the greater the temptation, the greater the impact of resisting it! How many times have you asked God for more but the response from Him has been silence? As He said to His disciples, “The spirit is willing but the flesh is weak.” We might have the desire for more, but we are not ready for it yet. So, before we get disillusioned about God not giving us more, we must examine ourselves and see if we are ready for more.